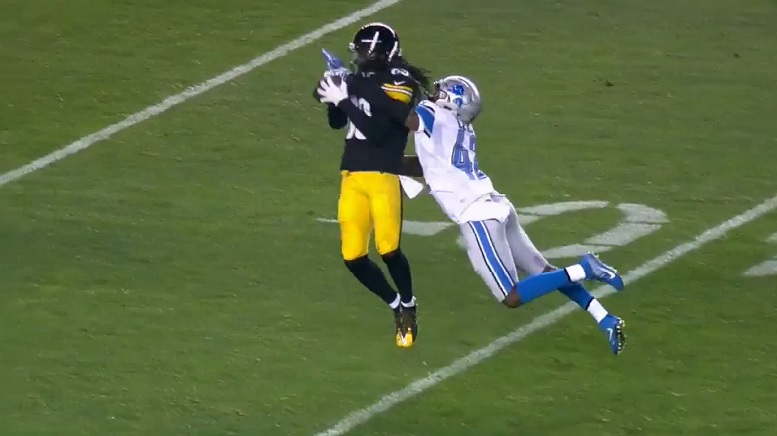 I would like to argue that his stock is even, just because of the sort of player and person that he seems to be, but the harsh reality is that the moves the Steelers have made at the wide receiver position over the course of the past few months have resulted in the value of Cobi Hamilton sinking.

Even at this stage of the game, it might be fair to say that he is on the outside of the roster bubble. Perhaps eighth, or even ninth in the pecking order. And yet there is still a chance for him to make the 53-man roster, and it is a path that must be carved out of sheer hard work and determination.

I have said previously that I do believe Hamilton is a rosterable player, despite the fact that last season was the first time that he was actually on a roster during the regular season after a few prior attempts across prior seasons. But the Steelers have so many rosterable wide receivers this year that at least one or more of them is not going to make it.

That is why I believe, as things currently stand, that Hamilton will be on somebody’s 53-man roster this season, but it won’t be in Pittsburgh. Behind Antonio Brown and the returning Martavis Bryant, there is already Eli Rogers, Sammie Coates, and the rookie, JuJu Smith-Schuster.

Those five seem to be the safest bets to make the roster, in my estimation, with Coates being the variable based on how he catches the ball during the preseason. That leaves out free agent signing Justin Hunter, last year’s draft pick Demarcus Ayers, and special teams standout Darrius Heyward-Bey, bring the total to eight wide receivers who may well all have a better shot at the roster than Hamilton has.

Frankly, that says more about the Steelers’ depth than it does about Hamilton, who not only has some natural talent, and size, but also uncoachable intangibles. He fights for passes. He blocks like it’s just as important as catching the football. He does his part on special teams. He does so many things that you would like out of a wide receiver.

And yet he could be poised to miss the team? That’s a hard pill to swallow.