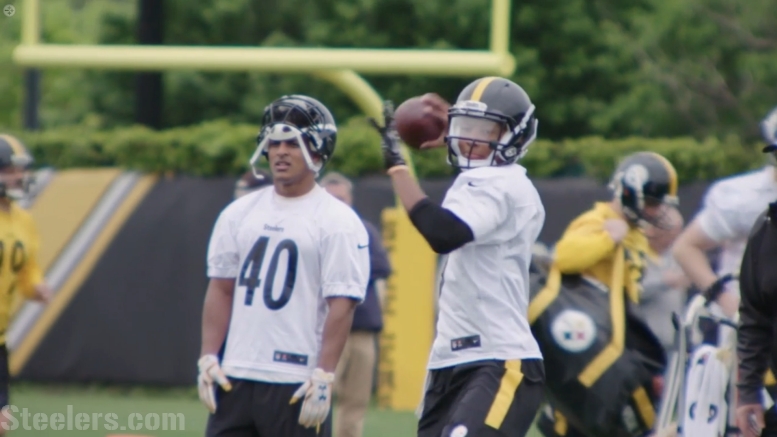 Since we are on the topic of quarterbacks, I thought that it might make sense to discuss one of the Steelers’ quarterbacks in today’s installment of the stock watch. And, really, of the four quarterbacks on the roster, only one of them has really moved the needle at all.

That would be Joshua Dobbs, the Steelers’ rookie fourth-round draft pick, who had an interesting college career that was largely shaped by the poor talent that he often had around him. We have looked at his college statistics from a variety of angles already, but he is in the NFL now, and what matters will be what he does from this point on.

One positive that we have been able to identify for the rookie at least so far this offseason is the fact that he already seems to be comfortable with the offense. He told reporters that he was surprised to discover how familiar much of the Steelers’ offense already felt to him based on the things that he had done at the college level.

While there are obvious things for the rookie to work on in his game, in particular the basic mechanics of his throwing motion and his decision-making and process of re-establishing his base after being moved off of his initial throwing spot, the Steelers do believe that there is a lot to work with in him, including a pretty big arm.

One quality that should help him early on is the fact that he is an accomplished runner, posting a 4.64 40-yard dash time. He scored 32 rushing touchdowns in his four seasons at Tennessee, averaging 4.9 yards per carry on 438 touches for 2160 yards.

While you certainly don’t want your quarterback to be naturally inclined to take off whenever a play doesn’t aligned perfectly with the way that it was designed, you also want him to have the option to be able to make a player should it come to that.

That is especially true of young quarterbacks as they grow into their understanding of the professional level of the game. At a bare minimum, I should say that it will be interesting to watch Dobbs play this year during the preseason, and he should get a lot of playing time to boot.