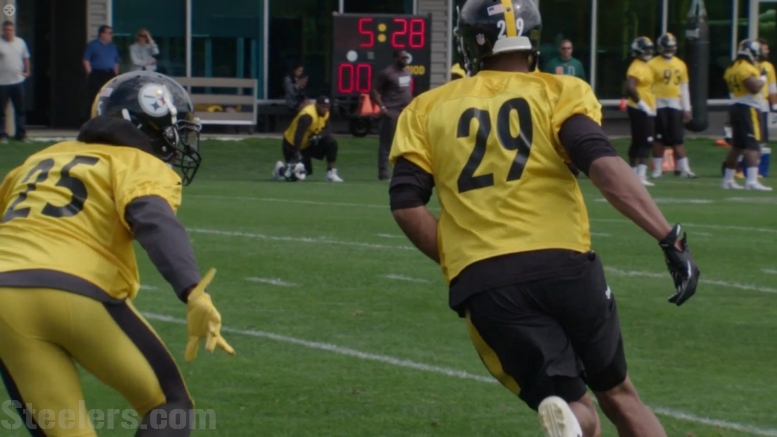 I think it would be disingenuous to suggest that Brian Allen’s stock value has shifted much, either up or down, since the Steelers used a fifth-round pick to select him in the 2017 NFL Draft. He was one of two cornerbacks that the team drafted, the other being Cameron Sutton in the third round, and he joins arguably the deepest group that the team has had in recent memory.

A tall cornerback with size and ball skills, there is an obvious flip side to Allen that got him drafted all the way in the fifth round. He was a former wide receiver who only converted to the defensive side of the ball a couple of years ago, and he acknowledges that he is still learning to play as a defensive player to a degree, saying that it was a process to learn to play going backward rather than forward.

Unlike with Sutton, we haven’t heard a whole lot from reporters about Allen. Basically all that we heard about, and actually got to see, was one very athletic and acrobatic interception that he reeled in, but that was all the way back in rookie minicamp, and was likely against a quarterback and wide receiver duo that is no longer even on the 90-man roster.

While the Steelers will not be a in a rush to allow Allen to hit the waiver wire, the rookie should understand that he has his work cut out for him in order to make this roster in 2017. While there may only be three players who should be considered absolute locks to make the team, there are a couple of others who are pretty close to guarantees, and a couple more yet who have every bit as good of a shot as does the rookie.

What he does have, of course, that no other cornerback on the roster has, is size. At 6’3” and in the ballpark of 220 pounds, the Steelers simply do not have another body in the secondary that possesses the physical potential of their fifth-round draft pick. One thing that I can say for certain is that he will have a lot of eyes on him during training camp and the preseason.