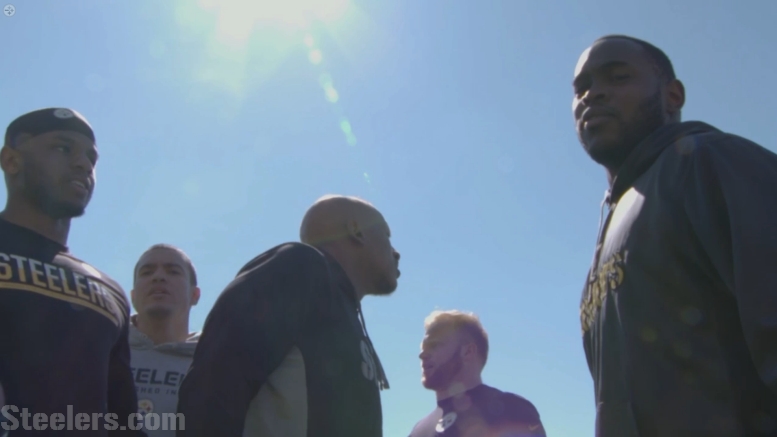 Ryan Shazier: Shazier already proved last season that he is a Pro Bowl talent when healthy. He simply needs to be healthier more frequently.

Vince Williams: Williams is the biggest question mark on the entire team simply because he is the only new starter from the end of last season. He does have some starting experience, and the Steelers are comfortable with him, but it has to be seen to be believed.

Tyler Matakevich: The second-year draft pick established himself as a staple on special teams, but would like to prove that he is more than that. His athletic limitations—which some reporters have indicated was on display in his coverage work in the spring—will be the crux.

Steven Johnson: Johnson is a veteran special-teams standout. He had a brief period of activity last season before suffering a season-ending injury but was brought back.

L.J. Fort: The most athletic of the Steelers’ reserve inside linebackers, that could be his selling point. He has had a role on special teams as well, of course.

Keith Kelsey: A rookie undrafted free agent, Kelsey has gotten some positive chatter, but anybody this far down the depth chart has their work cut out for them.

Matt Galambos: The Pittsburgh product was able to make the 90-man roster after being a rookie minicamp invitee, but he still has a long way to go to make the team.

Lawrence Timmons: A 10-year mainstay and Pro Bowler, Timmons’ loss will certainly be felt, and he will have a lasting legacy in Pittsburgh that includes a Super Bowl title, though he wasn’t a full-time starter yet at the time.

Akil Blount: The son of Mel Blount, he signed a Reserve/Future contract back in February, but the Steelers released him in a roster move made back in May.

I don’t think there is going to be any competition for the vacated starting buck position. It’s Williams’ role. But there will be some jockeying for position behind the starters about who is going to be the top reserve, or if there will be split duties between the mack and buck. The last couple of spots could be in flux as well based on special teams performance.