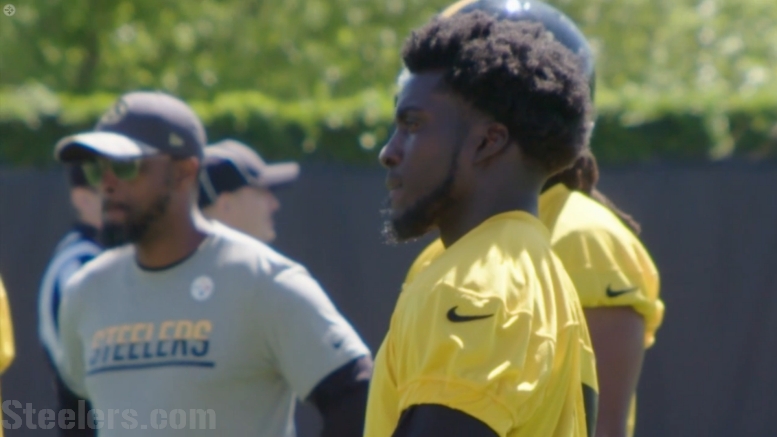 Question: Will Senquez Golson be given some reps with the first-team defense in training camp, or will he have to earn them?

In light of how things went down in the spring, I think that this is a question worth considering. If the Steelers had their way, of course, Senquez Golson would already be two years into a very promising career as a ballhawking slot cornerback, but things don’t always go as planned.

After two seasons of injuries, Golson is hoping to finally make an impact in his third season, but at the moment, he has been taking second-team reps in the slot behind William Gay, who, until he isn’t, is the Steelers’ starting slot cornerback.

The team would probably like for somebody to beat out Gay for the job, but given the battered nature of his birth certificate, he is going to be given some veteran’s days off anyway. Yet when Gay was given time off in the spring, the coaching staff decided to leapfrog Mike Hilton, who was running the third-team slot, up to the first team.

So one wonders when or if Golson’s time will come, and how it will arrive. Are the Steelers simply going to plug him in there at some point in order to get a look at him, or will he have to earn the opportunity? I think the coaching staff and front office have already provided enough fuel for the idea that his roster spot will have to be earned this season.

For his part, the 2015 second-round draft pick is as eager as anybody to get to training camp and to put the pads on. I believe he only made it to just one padded practice over the last two years before he suffered foot injury that sidelined him in 2016.