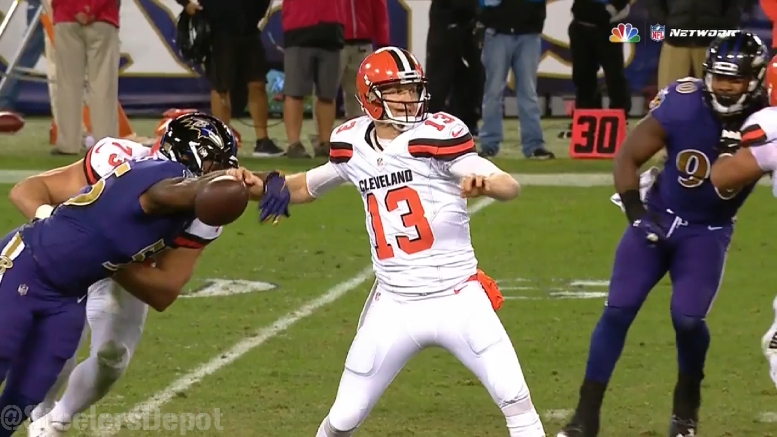 When it comes to Baltimore Ravens outside linebacker Terrell Suggs, it doesn’t seem as though you will find many fans of his in the Pittsburgh area. Even though, statistically, he is a more accomplished pass-rusher than anybody has ever been in a Pittsburgh Steelers uniform, it’s quite a begrudging effort at times to get the opposition to acknowledge his impressive body of work over the course of his long and accomplished career.

A career that he knows is coming to an end, and an end that he intends to take advantage of by embracing and appreciating and enjoying every moment.

For a player who has had so much success over the years both on the field and in the heads of the Steelers, it’s difficult to separate that sort of rivalry from the person and to appreciate the position that he is in as a person and as a player, but Suggs is a man recognizing that he is in the twilight of his profession and is reflecting on his journey.

He seemed to strike that sort of note recently while talking to reporters about the upcoming season, and he talked about the changing of the guard that he is witnessing around him. As a 14-year veteran on the eve of turning 35 in October, when he looks around the room, he sees a ton of faces that weren’t there through the majority of his career.

“It’s a new era of Ravens”, he said, describing himself as the Darth Vader of the group—“the last of my kind”. While it might be phasing to many, perhaps even to him at first, he has enjoyed the transition. “I like that”, he said about being the last of his generation of Ravens, “but you can’t deny a C.J. Mosley or a Brandon Williams, Eric Weddle, Tony Jefferson”.

Suggs said that he considers himself fortunate to still be a part of what the Ravens are doing on defense, again describing himself as “the last piece of that transition. It’s a good feeling, but it’s also exciting to see these young guys go out there and create the new era of Ravens with the statement they’re trying to make, too”.

Still, he’s not about to ride into the sunset tomorrow. He knows that retirement is not far off, but he is not making plans just yet. “I’m just enjoying my time. When it’s time for me to cross that bridge, I’ll cross it proudly. I just don’t feel like it’s the time yet”, he said about retiring.

Over the course of his career, Suggs has recorded 763 tackles to go along with 114.5 sacks, seven interceptions, 30 forced fumbles, and a safety, with two defensive touchdowns scored. He is a Super Bowl champion, a six-time Pro Bowler, twice All-Pro, and the Defensive Player of the Year in 2011. That is quite a legacy to leave behind, even if he is not quite at the legacy stage just yet.