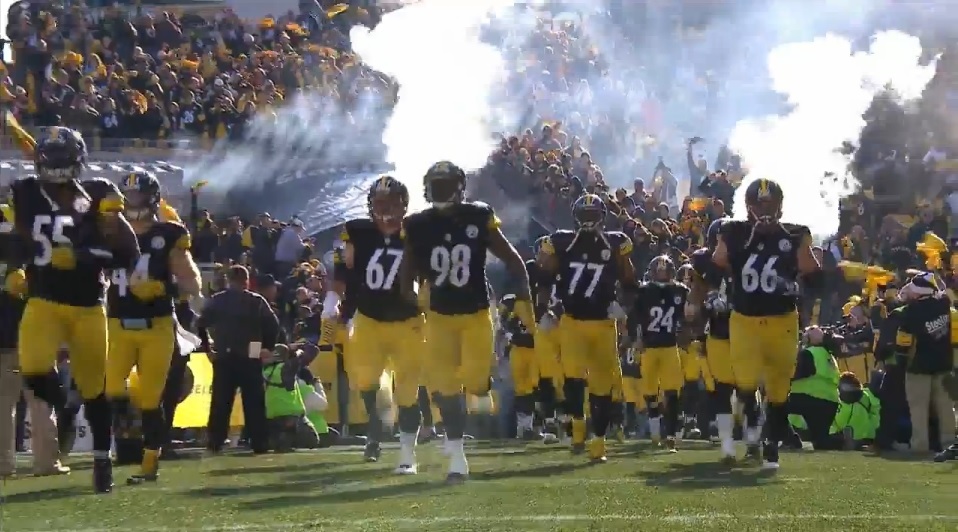 Maybe they aren’t The Beatles coming to America but the Pittsburgh Steelers taking a trip to Mexico has the same flavor. The team has always been a big hit there, despite being over 2300 miles away from the country’s capital.

Several players are South of the border right now. James Harrison, Roosevelt Nix, Ramon Foster, and Joey Porter are all down there for a weekend Steelers’ football camp. They’ve been posting pictures of their trip throughout.

And this incredible mural of Harrison that looks like it was created by a fan, not part of the camp.

They also caught up with the USA Men’s Soccer team.

It wasn’t just current players there, too. In a photo posted by Foster, Santonio Holmes and safety Tyrone Carter make an appearance.

Though there have been rumors, the team hasn’t been slated any games in Mexico and won’t be there for the short-term future. But they’ve played there before, with a strong fan base, as they did in a 2000 preseason loss to the Indianapolis Colts. From ABC’s recap of the game.

“At least the Steelers had the crowd on their side. About 90 percent of the 87,145 fans in Mexico’s Azteca Stadium cheered for Pittsburgh and nearly all wore yellow and black. Many waved Terrible Towels.”

Judging by the photos of this weekend, that support is unwavering.