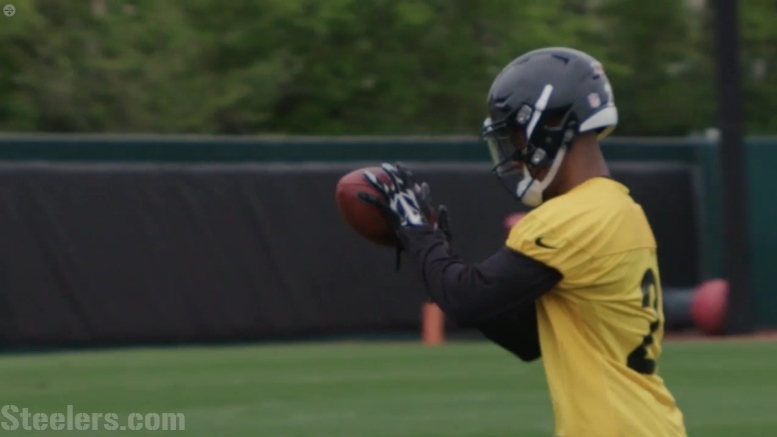 The Pittsburgh Steelers ended their 2017 OTA practices last Thursday with six of their eight draft picks under contract and on Tuesday they inked another one as third-round cornerback Cameron Sutton has now signed his four-year rookie deal.

Sutton, the Steelers first of two third-round draft picks this year, played his college football at Tennessee. He was a four-year starter for the Volunteers and recorded 127 total tackles, seven interceptions and 37 total passes defensed in the 45 games that he played in.

Selected 94th overall by the Steelers in the 2017 NFL Draft, Sutton’s four-year contract that he signed is expected to total out at around $3,136,128 and include a signing bonus of roughly $736,128, according to projections by Over the Cap.

The Steelers are hoping that Sutton, who measured in at this year’s scouting combine at 5112, 188-pounds, can eventually become the team’s starting nickel/slot cornerback at the very least during his rookie season. There’s also a chance that Sutton will get an opportunity to be the Steelers punt returner during his rookie season as he returned 45 punts for 657 yards and three touchdowns during his final three years at Tennessee.

With Sutton now signed, sealed and delivered, outside linebacker T.J. Watt, the Steelers first-round selection this year, is the only remaining draft pick who has yet to sign his rookie contract.