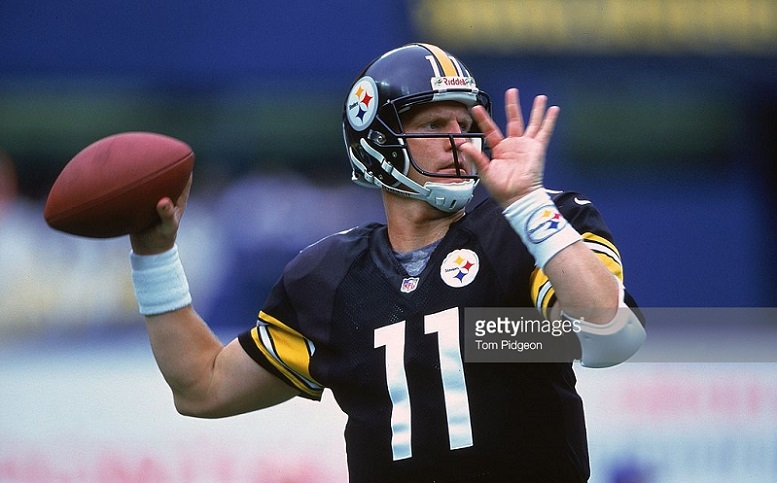 While current Pittsburgh Steelers general manager Kevin Colbert has had his fair share of solid free agent signings since taking over the job in 2000, he’s also had a few that didn’t turn out so well. With four weeks now remaining until the team reports to Latrobe for training camp, I thought I would resume a series that I ran last year at around this same time of the offseason that includes looks back at a few of the players Colbert signed via free agency and specifically, the details of those contracts.

In February of 2000 the Steelers hired Colbert and he immediately got busy signing outside free agents. While not the first signing of the Colbert era, the Steelers signed journeyman quarterback Kent Graham to a three-year, $5.1 million contract on February 28, 2000.

That signing, according to the original report by Ed Bouchette of the Pittsburgh Post-Gazette, included Graham receiving a $1.1 million signing bonus as part of his deal. It was also indicated at the time that Graham had the opportunity to double his salary should he ultimately win the starting job. That, however, is where the details end as far the financials at the time went.

At the time, Graham was signed to compete with fellow Steelers quarterback Kordell Stewart for the right to start. After winning the starting job in training camp that summer that included Graham completing 31 of his 57 pass attempts for 334 yards and three touchdowns with just one interception during preseason action, he went on to start the first three games of the 2000 regular season and the Steelers lost all three of them.

Graham also suffered a hip injury in the third game of the 2000 regular season and it sidelined for a few weeks as a result. Once healthy again, he started two more games before Stewart took back over as the starter for good. In his one season in Pittsburgh, Graham was 66-of-148 passing for 878 yards with one touchdown and one interception and he was sacked 13 times.

Graham was back in 2001 looking to battle Stewart and new addition Tommy Maddox. However, after playing sparingly during the preseason that included him completing 8 of 16 pass attempts for 65 yards with no touchdowns or interceptions, the Steelers decided to part ways with Graham just ahead of the start of that regular season.

At the time Graham was released, Bouchette reported that the quarterback was willing to take a pay cut from his scheduled $1.4 million salary to stay in Pittsburgh. The Steelers, however, reportedly never brought it up as an option again after talking to his agent briefly about it.

As a side note to the above, I attended The Georgia Dome for the Steelers 2001 preseason opener against the Atlanta Falcons and got to see Graham attempt 11 of his preseason passes. That game also included the NFL debut of one Mike Vick.

Being as Graham was released by the Steelers well after June 1 of that year, the team was able to spread his remaining $733,334 signing bonus amortization out over two years. In short, the Steelers took a dead money hit of $496,667 in 2001 and that included a $130,000 workout bonus he had been paid earlier in the offseason. In 2002, the Steelers had a dead money charge on Graham of $366,667.

Following his release from the Steelers, Graham didn’t stay unemployed very long as he signed a one-year contract with the Washington Redskins for the veteran minimum base salary of $477,000 on September 25, 2001. Graham’s signing followed the Redskins releasing quarterback Jeff George.

While serving as the Redskins backup to then-starter Tony Banks, Graham played very sparingly during the remainder of the 2001 regular season and completed 13 of his 19 total pass attempts for 131 yards with two touchdowns and zero interceptions.

Graham went on to sign with the then-expansion Houston Texans in April of 2002 and after completing 9 of his 21 total pass attempts for 92 yards with one touchdown and two interceptions during the team’s preseason games, he was cut in late August and never played again.

Below is the basic breakdown of the original three-year contract Graham signed in 2000: