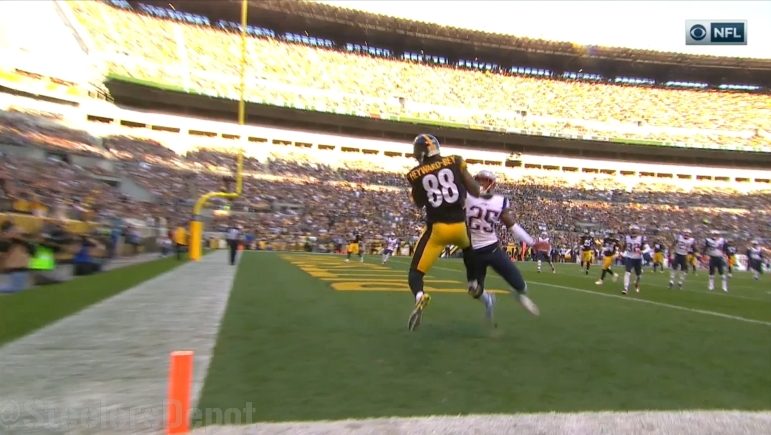 This may not sound like the most logical candidate, but former first-round draft bust Darrius Heyward-Bey was, by usage, the player outside of Eli Rogers that is still on the roster who featured the highest percentage of his work out of the slot last season.

As I covered in the introductory overview of this series, Heyward-Bey saw more than a third of his 139 snaps on passing plays come while lined up in the slot position. In those 48 slot snaps, he was targeted eight times, but only caught four of them, for 61 yards. Only one was a drop, however, and his targets were largely of the deep variety. He also saw the most targets from Landry Jones, in fairness.

What the Steelers value out of Heyward-Bey’s ability to line up out of the slot, of course, is his speed on passing downs, and his blocking ability on running downs. His average depth of target on nine targets (including a penalty snap) out of the slot was an even 21 yards. Facing smaller cornerbacks, his speed and his size can be imposing regardless of the situation.