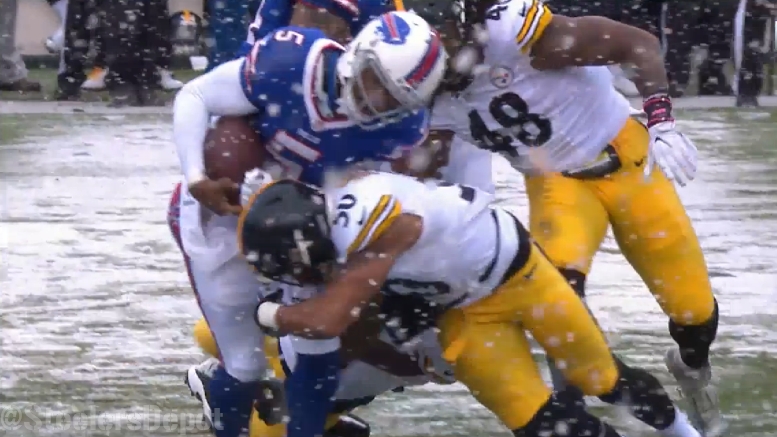 The 2016 season was his year in many ways, but for Pittsburgh Steelers inside linebacker Ryan Shazier, he feels he was just getting started. He may have made the Pro Bowl last season, an honor that he greatly appreciates, he no doubt realizes that he slipped in through the back as an alternate due to injury.

Now that is a topic he’s quite familiar with, but he is ready to put the injuries past him, as well as the reputation for being injury-prone. Not that there lacks merit in the conversation, but even here we see even the more civil commenters speak of the inside linebacker depth in terms of the inevitable contingency of needing a mack replacement for a few games a year.

As Dave Bryan touched on yesterday, Shazier talked about that reputation, describing it as “painful” because, in his words, “it’s not like people get hurt on purpose”. But he believes his year is coming not just because he expects to get healthier, but also because he is better, and that already started at the end of last season.

“When I am healthy, I can bring more to the table”, he told reporters yesterday during the Steelers’ eighth OTA session. “I definitely think my involvement in pass rush and overall coverage game is getting better. In the second half of the season, and especially the playoffs, I think everyone got to see how well I can play and my capabilities”.

Shazier has already shown that he can be a dynamic player against the run for a few years now. According to Pro Football Reference, the Steelers have stopped 263 rushes for no gain or lost yardage in the past three years, and Shazier’s 35 tackles there was second to just Lawrence Timmons’ 37.

But it is in the other areas of his game in which he has been making steady improvement, and he really began to cement himself as a coverage linebacker after going on an interception tear at the end of the year to go along with nine passes defensed.

Coverage is something that he struggled with some early in his career, but it was late in his second season in which it seemed as though he was beginning to turn it around. He had an impressive break-up in last year’s season opener that saved a touchdown, but his work bogged down a bit while he was playing injured.

He is also getting better and better when it comes to blitzing, an area of his game that is not fully reflected in his three and a half sacks. He has on numerous occasions been able to influence plays with his sheer speed, forcing the quarterback to throw the ball away.

Including the postseason, Shazier played in 16 games in 2016, and he recorded five interceptions with three forced fumbles, producing or potentially producing eight turnovers for the defense on his own. It is those sorts of numbers that come with consistent improvement and health, and that lead to greater accolades.