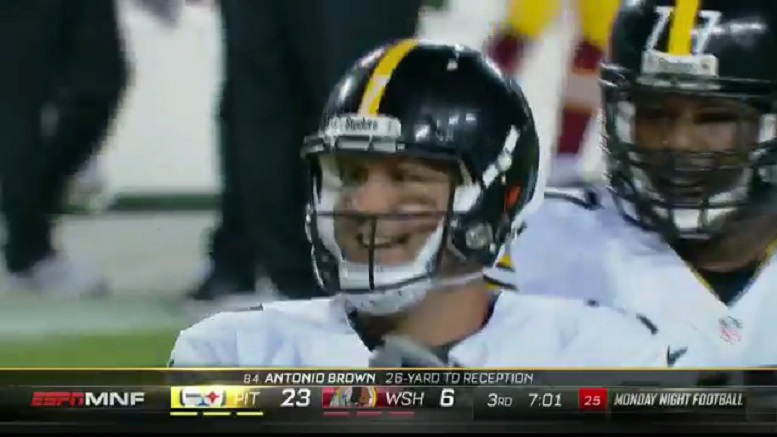 It is just spring practices but anytime the franchise quarterback pays a rookie a compliment, it’s worth listening to. That’s what Ben Roethlisberger dished out to second round pick JuJu Smith-Schuster. Speaking with the Post Gazette’s Brian Batko, he spoke highly of the wide receiver.

“Everything he’s shown has been really good. I like the potential…I’m excited about what he can potentially bring to us.”

Smith-Schuster has been working in the slot for most of minicamp, setting up an intense battle between himself and Eli Rogers for that job. The winner, of course, will need to have Roethlisberger’s trust, a position that is often targeted on third down.

The rookie has had a relatively quiet spring, a couple of reports gave him some faint praise, but he’s established himself as a hard worker and fan favorite. He’s also embraced the city immediately, important for the transition of any rookie, especially one from the West Coast.

Roethlisberger pointed out it’s a “great group of guys to learn from.” The leader is Darrius Heyward-Bey and the one to watch from afar is Antonio Brown, though Brown has often taken receivers under his wing outside of the facility. It’s all led by wide receivers coach Richard Mann, though he missed rookie minicamp due to knee surgery. That’s when DHB stepped up into that leadership role.

That slot battle will be one of the top competitions to check out at Latrobe, a little over five weeks away. Rogers will likely enter it as the starter on experience alone, but Smith-Schuster should give him a strong nudge along the way.