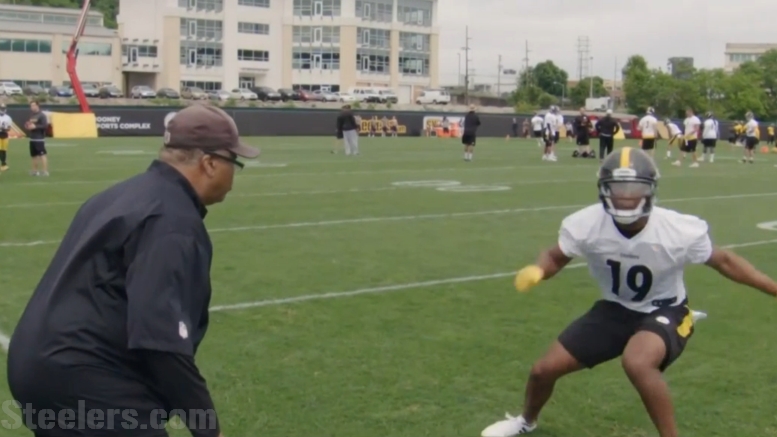 It’s easy to get caught up in the hyperbole of the offseason. The stuff people say because it’s the offseason; a time where not much is happening and every team is full of hope. When Richard Mann says something, you know it’s sincere. He’s been around football longer than nearly anyone on this coaching staff. And he thinks the Pittsburgh Steelers’ wide receivers are the deepest group of guys he’s ever had.

“I don’t know if I’ve had this much depth,” Mann told the PPG’s Ray Fittipaldo. “The depth is there.”

Wide receiver is certainly the deepest position on the roster. There are 11 on the roster. Eight have played on Sunday and a ninth is second round pick JuJu Smith-Schuster, who will get on the field soon enough. The remaining two even offer some level of intrigue; Caanan Severin and Marcus Tucker.

The presumed return of Martavis Bryant not only helped the starters but increased the depth. Sammie Coates isn’t relied upon to be the #2. He’ll battle for a backup and situational spot. Eli Rogers will fight Smith-Schuster for the starting role, one of the most intense competitions we should see in Latrobe. Demarcus Ayers will make a push in the slot and look to usurp Antonio Brown as a punt returner, giving him legitimate 53 man roster consideration. Cobi Hamilton will be solid and could still end up on the practice squad. And Darrius Heyward-Bey is the steady, leader, not to mention a special teams standout.

Whew. That’s a mouthful. But a great problem to have for Pittsburgh.

“I love competition,” Mann said. It makes me a better coach. In the end, we have to make some tough decisions. That’s a good thing.”

Mann certainly has been around long enough to be a credible judge on quality depth. He’s been coaching wide receivers since 1970. In the college game since 1974 and the NFL since 1982. The Steelers are the 8th professional coaching staff he’s been part of.

It’s why the team seems likely to keep six receivers on its opening day roster. And if you ask me, still a chance to go all the way and hold onto seven.