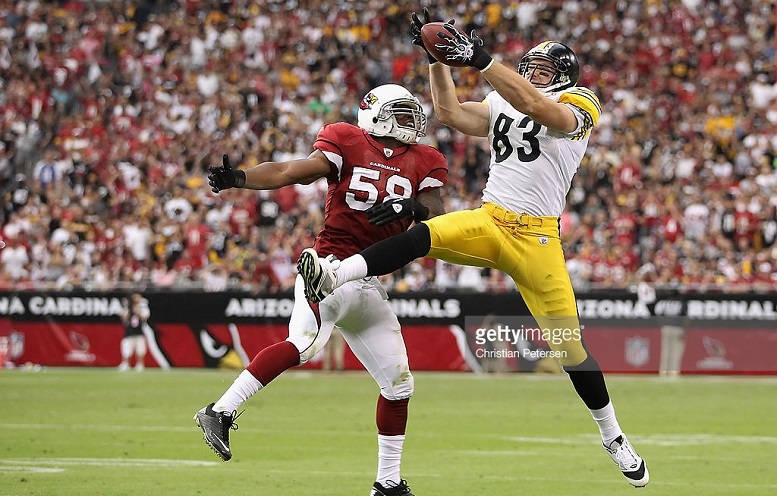 Had breakfast with Daryl Washington, who reiterated he wants to join #Cowboys. Also, ex-teammate Joey Porter has called about #Steelers.

Washington, who was conditionally reinstated by NFL commissioner Roger Goodell on April 25 after an almost-three-year suspension, was released by the Cardinals shortly after the 2017 NFL Draft took place. The former second-round draft pick out Texas Christian had been suspended indefinitely on May 30, 2014, for multiple violations of the NFL’s substance abuse policy.

During his four seasons with the Cardinals, Washington registered 394 total tackles, 18 sacks, 6 interceptions and 3 forced fumbles. He is now 30 years old.

Porter was a teammate of Washington’s in 2010 and 2011 so the two presumably know each other very well. It’s unclear as to the level of interest the Steelers have in Washington and there’s currently no indication that team has plans to sign the veteran inside linebacker.

The Steelers attempted to sign New England Patriots inside linebacker Dont’a Hightower during the early part of free agency in an effort to replace longtime starter Lawrence Timmons, who signed with the Miami Dolphins.

The Steelers currently appear set to go with Vince Williams as a starter at inside linebacker alongside Ryan Shazier moving forward. Behind those two players on the depth chart are Steven Johnson, Tyler Matakevich and L.J. Fort. The team also signed undrafted free agents Keith Kelsey and Matt Galambos.

Here is a a transcript of a radio interview that Washington did nearly a month ago.