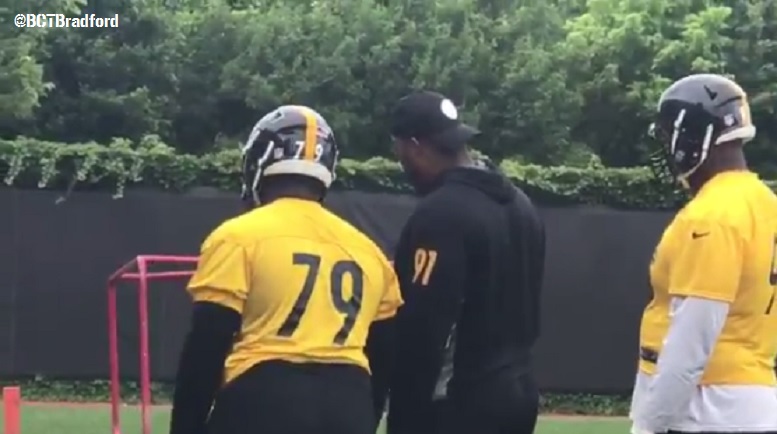 The Pittsburgh Steelers are conducted their ninth OTA practice on Wednesday and there’s some very good news to pass along when it comes to one of their defensive players.

According to Chris Bradford of The Beaver County Times, Steelers second-year defensive tackle Javon Hargrave was back on the practice field Wednesday working in some sort of capacity. Hargrave had previously been sidelined a few days with a reported shoulder injury that he suffered during a practice last week.

Javon Hargrave back at work as Tuitt, Hayward look on. pic.twitter.com/8UIEDEW8SO

Now that all of you have breathed a sigh a relief, you might be interested to know what Steelers defensive line coach John Mitchell had to say about Hargrave during a recent one-on-one interview with Missi Matthews of steelers.com.

“Javon Hargrave, from South Carolina State, we got him, he started last year,” Mitchell started. “He’s learning the defense, he’s better, he understands that he’s got to be in a little better shape than what he was last year.”

Hargrave is obviously expected to make a huge jump in his second season after registering 27 total tackles, two sacks, five tackles for a loss and three total quarterback hits as a rookie. Thankfully, the recent shoulder injury that he suffered turned out to not be serious as he’s one player the Steelers certainly can’t afford to lose.