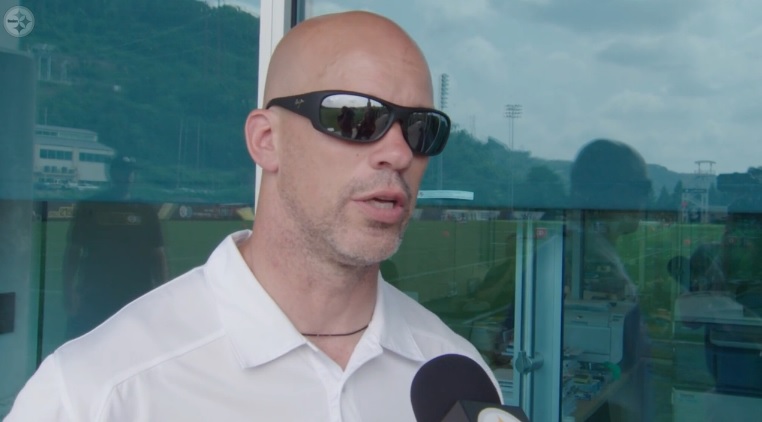 Though losing Lawrence Timmons was a tough blow for Jerry Olsvasky in the locker room, he’s excited about the steps Vince Williams is taking to replace him.

Speaking with Steelers.com’s Missi Matthews, the inside linebacker’s coach said Williams is a detailed player who takes pride in the little things.

“Vince always goes into his man cave in the offseason,” he said. “He comes back and he does different stuff and you’re like, ‘Vince, how did you do this?’ He says, ‘Hell, I’ve been working on it.’ He’s very prideful and he wants to improve his play and be a great player.”

Williams is taking over for Timmons’ Buck position, a spot he held for the past eight seasons. It’s no easy task but Williams has shown capable whenever called upon, mostly in replacing Ryan Shazier. In four starts last year, Williams recorded 40 tackles and two sacks. He was also a dominant force on special teams.

“He does little things and you see him and I start coaching him a little different. And then you say, ‘oh, he can do this.’ So now, I’m putting more on his plate. He’s done some little, tiny things people wouldn’t necessarily see but I see as a football coach. In his pass coverage and things like that.”

Coverage is his biggest perceived weakness. The Steelers may continue to sprinkle in a dime defense, especially if Daimion Stafford makes the roster. Stafford already got some reps there during OTAs in his first weeks with the club.

Still, Williams isn’t as bad of an athlete as most think, even if he isn’t a great one, either.

“A lot of times, a player is really close to a good play. But he’s off just a tad. You just have to keep him confident through that and the next day he makes the play. And you’re like, ‘see what I told you?’ That’s the thing with Vince. He’s gotten a little better with where his eyes are going. He’s not just Angry Vince. ‘I’m going to mess people up.’ He’s still angry. Now, I got this little polish to me. Now I’m doing the little things a bit better.”

A controlled, angry Vince Williams is the best thing for him. And for the Steelers as they look to replace Timmons.