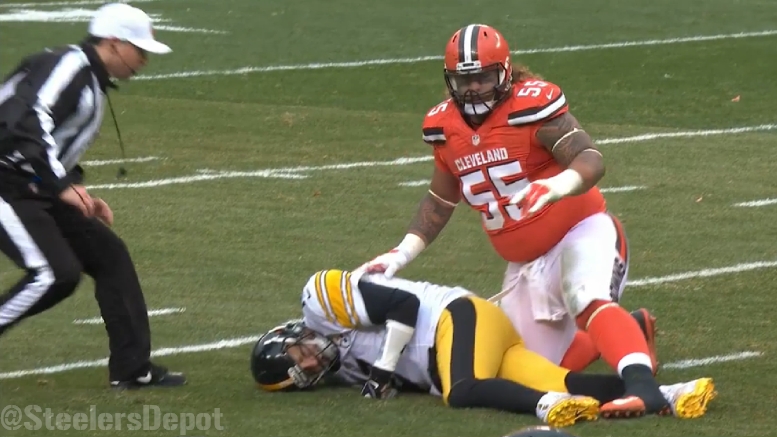 Here’s a thought experiment. Imagine, if you will, a world in which the Pittsburgh Steelers can actually make it through an entire season at full strength on their 53-man roster, not burdened by significant injuries and suspensions, as has been all too frequently the case in their recent history—for the better part of the past decade.

Injuries and suspensions have sorely hindered Pittsburgh’s efforts to claim another Lombardi trophy, which would be their first since their record sixth in 2008. They returned to the Super Bowl in 2010, but lost—in a game in which they had a number of injuries.

Last season, the Steelers were without wide receiver Martavis Bryant for the entire year due to suspension, and just about every other wide receiver not named Antonio Brown spent time out with injuries. Ladarius Green and Bud Dupree missed most of the year with injuries. Not to mention Cameron Heyward.

DeAngelo Williams missed much of the year. Le’Veon Bell, who served a three-game suspension at the start of the year, suffered a groin injury during the playoffs that ultimately caught up with him in the AFC Championship game, which clearly proved to be an injury that they were unprepared to cope with.

There were other minor injuries of note, here and there, but it wasn’t limited to the 2016 season. Bell has missed the previous two postseasons with injuries. Brown even missed the 2015 Divisional Round game. Ben Roethlisberger has been banged up in the past two years. Ryan Shazier has certainly had his injuries.

The offensive line is a frequent subject in this discussion, yet 2016 was perhaps their healthiest in quite some time, losing just five games due to injury, two from Ramon Foster and three from Marcus Gilbert. Maurkice Pouncey was a healthy scratch for the regular season finale for veteran rest.

The point is, we have never truly been able to see what this team is capable of doing at or near maximum capacity. Now, I know it goes without saying that injuries are a part of the game, and everybody deals with them and is banged up by the time the playoffs come around. New England beat the Steelers and won the Super Bowl without Rob Gronkowski, after all.

But just try to envision what the Steelers as a team, on offense and on defense, would be like if they were not so frequently and so significantly limited because of injuries keeping some of their star players from playing the roles that they are required to execute in order to accomplish the team’s goals.

Chances are, that is not going to happen this year, because it is simply something that very rarely happens. But it is conceivable that they can make it into the postseason at or near full capacity, and if they can, with a balance between offense and defense, there may not be a team—even the Patriots—who can stand in their way.