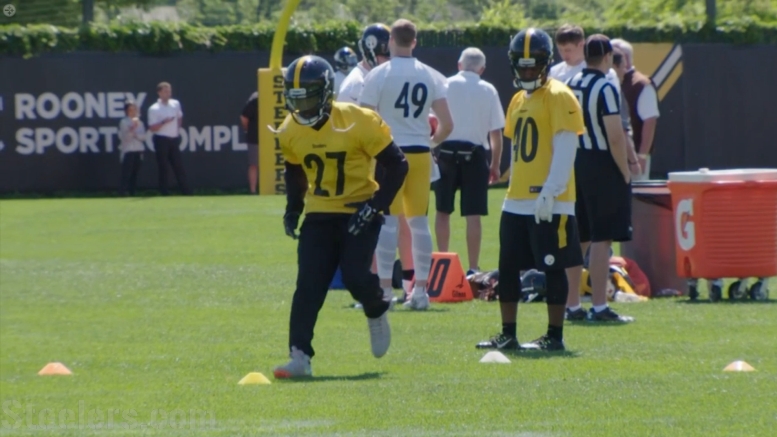 A few members of the Pittsburgh Steelers coaching staff apparently talked to the local media on Wednesday, the second day of the teams mandatory minicamp, and Carnell Lake was one of them.

Lake, who has coached the Steelers defensive backs since 2011, was asked about third-year cornerback Senquez Golson, who missed his first two seasons due to injuries. According to Gerry Dulac of the Pittsburgh Post-Gazette, Lake said Golson will have to make the 53-man roster as special teams gunner this year, as well as secondary contributor and that’s not overly surprising.

With cornerbacks Artie Burns and Ross Cockrell currently slated to be the Steelers starters outside once again this year, Golson’s path to the final 53-man roster figures to be a tough one. In short, he’ll have to prove to be a valuable commodity on special teams during the remainder of the offseason in addition to showing he can be a reliable backup either outside or inside, or perhaps even both.

Golson, while undersized, was a willing tackler during his college career at Mississippi in addition to leading the SEC in interceptions during his final year. The former second-round draft pick suffered a shoulder injury during the offseason practices of his rookie year and he ultimately landed on the team’s Reserve/Injured list as a result of it.

Last year during the Steelers first few training camp practices, Golson injured a foot and after surgery was performed, he ultimately was moved to the team’s Reserve/Injured list in October.