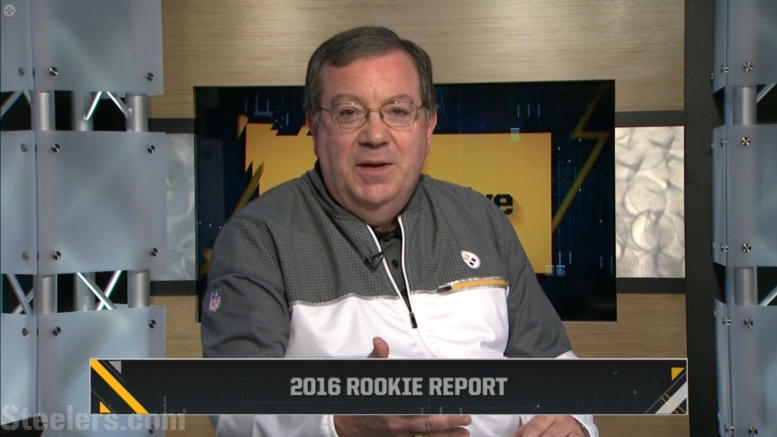 If you regularly follow the Pittsburgh Steelers’ own website, you might have noticed an interesting article that went up yesterday courtesy of the great (but blog-hating) Bob Labriola, in which he makes an excellent point about the contract situation of starting left tackle Alejandro Villanueva and the team’s history in this department.

Labriola likened his case to one in recent Steelers history, comparing his contract situation to that of Willie Parker. Both were undrafted free agents, and both emerged as quality talents in their second seasons, the running back capping off his with the longest rushing play in Super Bowl history.

Even though the Steelers controlled Parker for two more years after that, they still signed him to a new four-year contract worth $13.6 million. Despite the fact that he was a borderline Pro Bowler that year, he could have spent the 2006 season playing for relative peanuts, but the organization did right by the player as they saw his potential.

Labriola didn’t note it, but they did the same thing with another relatively comparable player half a decade later, though the circumstances are not an identical match. The Steelers gave Antonio Brown a long-term extension two years into his career after he showed himself to be a true talent in his second season.

His situation was different, of course, because as a draft pick, he was signed to a longer contract. As of the 2010 NFL Draft, non-first-round picks were given three-year contracts, so Brown was entering the final year of his deal in 2012, but he would have only been a restricted free agent the following season, so they had no need or urgency to get the contract done.

As was the case with Parker, however, Brown also likely got less money than he could have gotten were he willing to let everything play out. Neither of them new how things would work out, though, so they took the opportunity that was in front of them.

In Parker’s case, by the time he would have hit unrestricted free agency, he was pretty banged up entering the 2008 season, even after making the Pro Bowl the two previous seasons. Brown—well, he just earned another new contract in which he’s making more in a year than Parker did in his career.

How with Villanueva’s contract situation ultimately play out? Right now, it’s not something that he wants to talk about. He has been actively avoiding the media while feigning the excuse of maintaining a workout schedule—while his teammates snicker behind him when he gives that line to the reporters.

Villanueva’s story is the longest of long shots, having failed multiple times to make a roster over a period of years. He was already older when he finally made the Steelers’ 53-man roster in 2015, but by the end of 2016, he began to look like a franchise left tackle.

Now, franchise left tackles make a boatload of money, but Villanueva will be heading into his age-31 season by the time he hits free agency. He has to weigh the gamble of what he is worth now versus what he could be worth after two years of uncertainty and on the wrong side of 30.