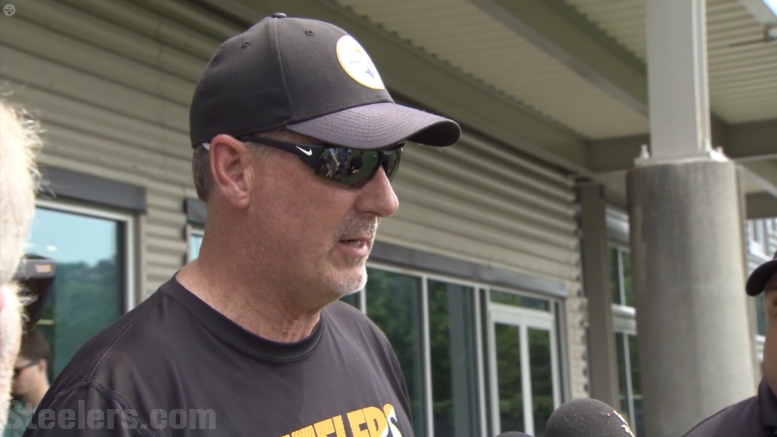 There has been no greater source of intrigue and discussion for the fan base thus far this offseason, in my estimation, than has been the innuendos surrounding the Pittsburgh Steelers about potentially become a more diverse unit on defense in terms of the variety of coverages that they intend to employ heading into the 2017 season.

While it may largely be contributed to information being passed along something less than seamlessly, it has been my observation that we have seen several different varieties of just what it is the Steelers intend to do this year, ranging from becoming a press-man team to virtually no change from last season.

That is why I was glad to hear defensive coordinator Keith Butler was asked about the topic recently during minicamp, and as he does that few other coaches do extensively, the former linebackers coach got into more detail about just what they do, breaking down different sub-sets of coverages.

“We still are going to zone drop, because that’s what we did last year, and I think we’re pretty good at it”, Butler stated. The Steelers have primarily used this sort of coverage for the longest time, and the odds are that it is still going to be their primary look.

“We just need to enhance our matchup zones. Matchups zones to me is like a man-to-man coverage”, Butler told reporters. “You match the guy when you figure out whether he’s one, two, or three. We count from the outside in whoever becomes one, two, or three. Those type of things we’re matching on”.

This is something that they have only done sporadically in their defense, particularly recently, which is largely a product of the personnel that they have available to them. Regarding the spot-dropping against the Patriots, Butler said that he “did what we felt we had to do against them with where we were at at the time, in terms of where our defense was at at the time”.

The idea this season is not necessarily to do anything differently, but rather simply to expand their ability to play any coverage at any time when it is suited. Butler’s comment clearly suggests that they would have liked to be able to do different things in New England that he plans to be able to do this year.

“Sometimes we’re just going to drop into zones”, he said, but added, “I think you’ve got to be able to do all of it, because if you don’t and they know what you’re doing, they’ll get you”.