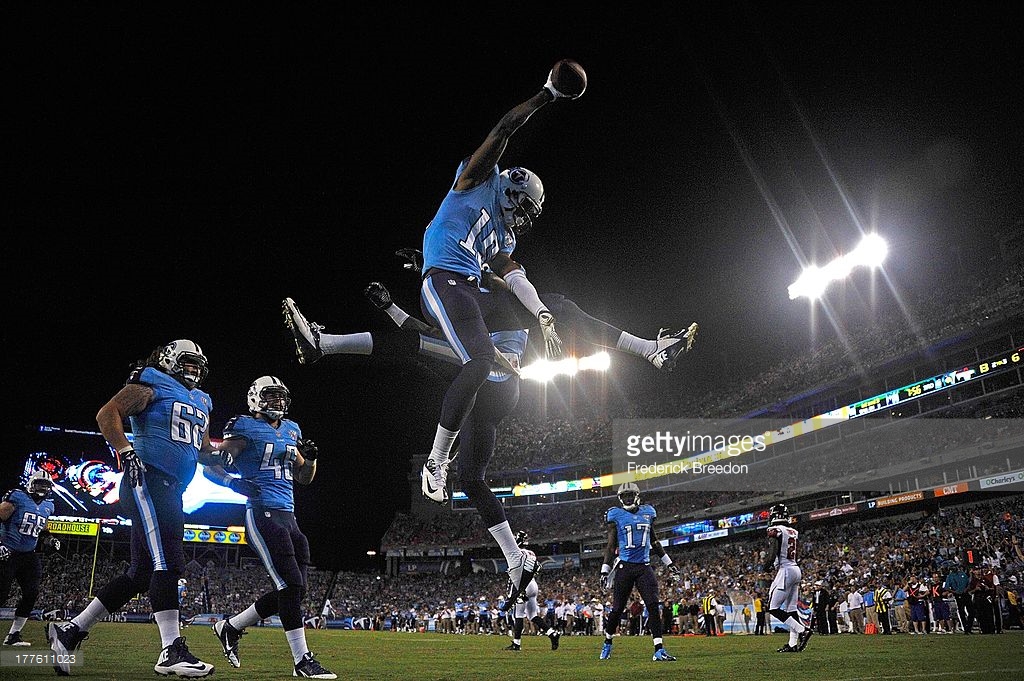 There are certain teams around the league that over the course of time and influence tend to gravitate toward producing an identity, or at least elements of one, that seem to be taken from another team. This is a process that occurs when prominent members of one organization move to another and draw others there with them.

We saw this most prominently in Arizona after Mike Tomlin was hired by the Pittsburgh Steelers to be their head coach, prompting offensive coordinator Ken Whisenhunt to take a job as head coach of the Cardinals.

Coincidentally, the Steelers have brought in a player in Justin Hunter who has taken in some of that Steelers influence that Whisenhunt brought into his second head coaching gig in Tennessee. He was the head coach in Hunter’s second and third seasons in 2014 and 2015.

But there was already a Steelers presence there, and not just one the team, but at the wide receiver position, with former Pittsburgh player Nate Washington. After four seasons here from 2005 to 2008, Washington spent most of the rest of this career with the Titans, from 2009 to 2014.

Washington posted his best season in 2011 when he caught 74 passes for 1023 yards and seven touchdowns, all of those figures being career highs. He was never a starter with the Steelers, but after not playing as a rookie, he averaged 35 receptions for about 570 yards and four touchdowns over his final three seasons in Pittsburgh.

The small-school product developed into a leader for the Titans in the locker room over the years, taking lessons learned from playing with Hines Ward for four seasons, and thus helped mentor some of the younger wide receivers who cycled through the doors during his tenure in Tennessee.

That includes Hunter, who recently cited Washington as an influence on his career. During a questionnaire in which he participated for the team’s website, he was asked who he considers his football inspiration, and he listed Washington, as well as fellow wide receiver Kendall Wright.

“I have been with them for two or three years at Tennessee”, he wrote. “They have always been helpful with me in life and in football”. Washington, who caught an 80-yard touchdown thrown by Zach Mettenberger against the Steelers in 2014, left for the Texans in 2015, who he was only with Hunter for two years.

Entering his fifth season now, though, Hunter doesn’t really need any mentors looking over his shoulder, but should he find it useful, he does have Darrius Heyward-Bey in the midst. The two of them will be battling for a roster spot that it’s possible neither of them will get come training camp.