James Harrison being generally intimidating passes for offseason fodder around here so let me indulge. Mike Mitchell posted an Instagram video of Harrison – armed with a giant rifle – yesterday afternoon. 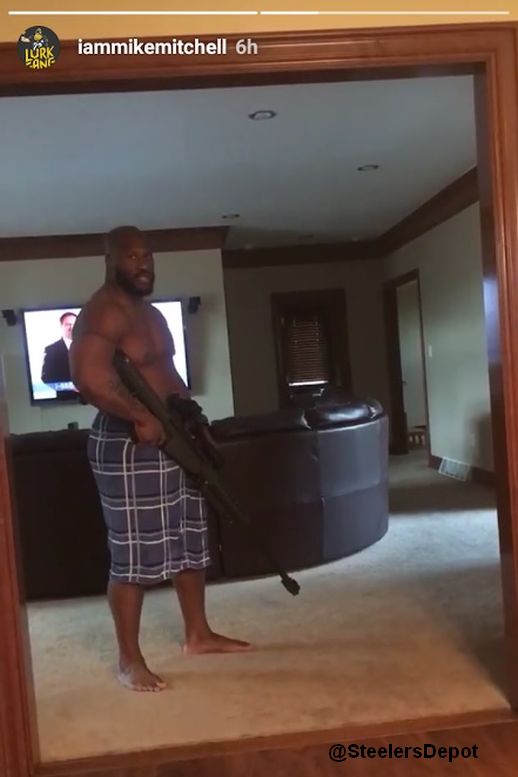 His mission? In his words, protect this house.

“I got to patrol the area,” Harrison says in the video. “I got to make sure no one around here is trying to sneak into the house. I got to protect this property.”

In the video, Mitchell says the only things that makes sense: “That’s insane.”

On a slightly more football-related note, it’s another example of Harrison and Mitchell being tied to the hip during the offseason. Mitchell has trained with Deebo during the offseason, adding ten pounds of muscle and getting his weight up to around the 210 pound range. All in an effort for his body to stand up to the rigors of the season, not to mention his playing style.

You can bet if Harrison was spotting me while holding a gun like that, I’d finish those reps.