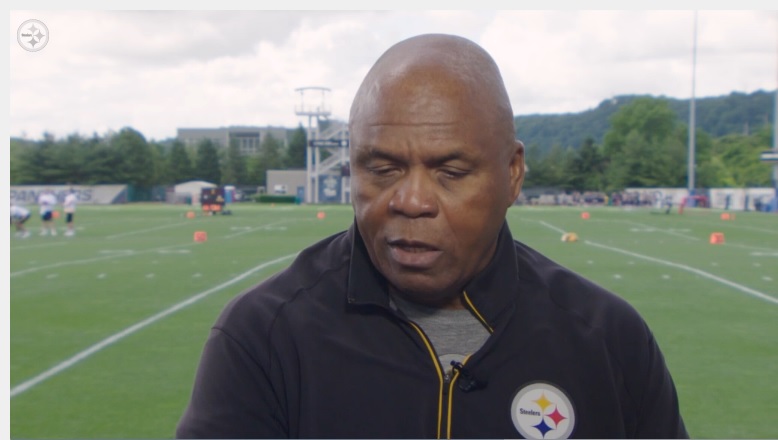 In war rooms, and general pre-draft preparation, everyone is fighting for their guys. Area scouts pushing the big wigs into listening to them and the decision-makers, in this case, Mike Tomlin and Kevin Colbert, debating to reach a conclusion. Nature of the beast. But when push comes to shove, veteran tight ends coach James Daniel let Tomlin and Colbert do their thing, opting against making a full court press to draft a tight end.

“I never lobby,” he told Steelers.com’s Missi Matthews. “I lobby for us to draft good football players so we have a good football team. So we can accomplish our ultimate goals.”

As old school as old school can get. Don’t confuse that with Daniels being opposed to drafting a tight end or that he didn’t scout them as thoroughly as usual. He took a trip to meet with Ashland TE Adam Shaheen and there were reports the Steelers had heavy interest in Clemson’s Jordan Leggett as well as Toledo’s Michael Roberts. Ultimately, the team didn’t draft one. Instead, they brought in Scott Orndoff as a UDFA and signed Phazahn Odom out of rookie minicamp.

Daniel has been around the block long enough to see the forest through the trees. A member of the Steelers since 2004, and around the league long before that, he knows to put team needs and decisions ahead of what he would personally want.

“I’m solely focused on the five guys that I got. And getting the most out of the talent they got. Let the cards fall where they may. Whoever the best 53 to help this football team, I’m happy, because we’re trying to win.”

Pittsburgh will roll into the 2017 season with Jesse James as the clear-cut starter. David Johnson and Xavier Grimble may be used situationally; Johnson a blocker, Grimble, a receiver. And those two rookies we names, Orndoff and Odom, will look to unseat other, a tough task, and failing that, look to land on the practice squad.