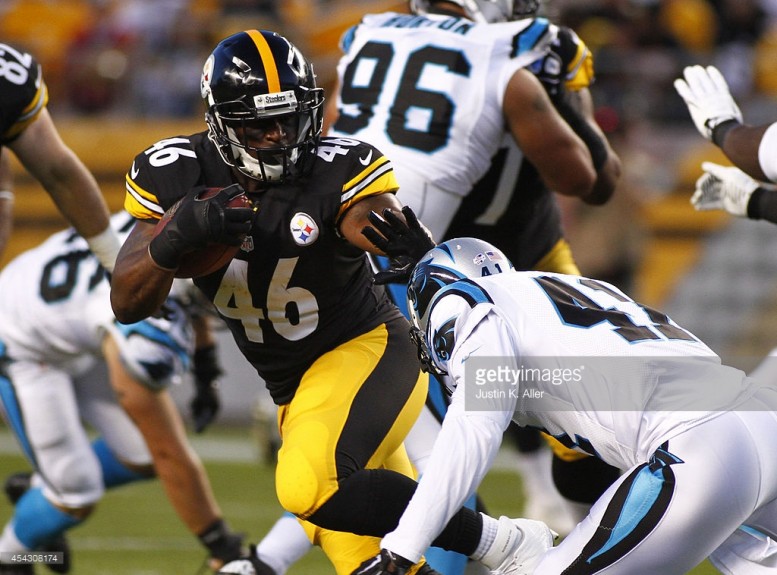 Signed with: Giants in 2016; currently a free agent

Will Johnson’s is an interesting story. A bit of a no-name contributor coming out of college at West Virginia in 2011, he was one of an entire class of undrafted players who got screwed. You see, 2011 was the year of the lockout.

As a result of the lockout, all free agency activity did not occur until the new Collective Bargaining Agreement was finalized late in the offseason. While they held the draft, teams could not sign undrafted free agents for a while.

Johnson was one of those undrafted free agents who were passed over entirely, or rather, perhaps, forgotten. But his alma mater allowed him to attend their Pro Day in 2012. That is where the Steelers saw him, and they signed him in 2012.

His role and significance varied greatly over four seasons, with his most significant offensive contributions coming in his first season, but he was somebody who I always felt was underutilized. He became a man without a position in 2015 with the emergence of Roosevelt Nix.

That is why in a way I was glad to see him sign with the Giants, a team who I thought would be able to make good use of his services. They signed him to a two-year contract worth $2.3 million. But a preseason injury landed him on injured reserve.

Early in free agency, New York signed an h-back to a four-year, $18 million deal, making Johnson expendable, so they released him, yet expressed interest in bringing him back. That never happened, and he remains a free agent.

I certainly wouldn’t mind it if the Steelers were to re-sign him on a veteran-minimum deal in order to try to compete for a roster spot. I don’t think he would get it at this point, but he should be on a team somewhere. Perhaps in training camp he will get signed by a team.