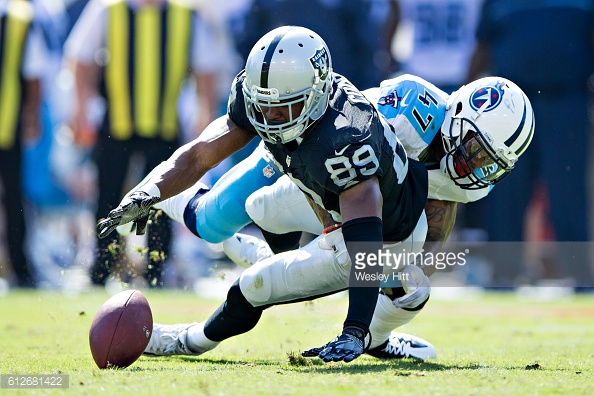 It has been rare that the fan base has been so excited to see a player leave Pittsburgh than when Antwon Blake joined the Titans in 2016 and became Valentino Blake. The former undrafted free agent moved into the starting lineup in his final year in Pittsburgh in 2015, and, through a shoulder injury if I recall correctly, struggled a fair bit.

That season, he did start all 16 games despite playing injured, registering 76 tackles, a volume that reflects a high number of targets and receptions allowed. He led the league in terms of yards against in coverage, according to Pro Football Focus.

He did have one sack with 12 passes defensed and a pair of interceptions, one of which he returned for a 70-yard touchdown. He also recorded a forced fumble against the Raiders, though the ball spilled out of bounds.

It was obvious that he was struggling, in coverage, yes, but especially as a tackler. Once seen as a big hitter for his size, the injury that he was dealing with saw his tackling ability fall off a cliff, often attempting to tackle with one arm. This resulted in a lot of extra yardage gained.

By the end of the year, the Steelers were rotating him in and out with Ross Cockrell after they got Brandon Boykin involved in the slot. Previously, William Gay would start outside and then kick inside with Cockrell coming in as the nickel, playing outside.

Still, he was able to sign a deal with the Titans worth $1.5 million. That included a $200,000 signing bonus. Yet his stay there was brief, lasting one year, as was the case with his teammate, Spence Spence.

Unlike Spence, however, who went on to sign a bigger contract than the one he signed in Tennessee, Blake earlier this offseason signed with the Giants for a one-year veteran-minimum deal.