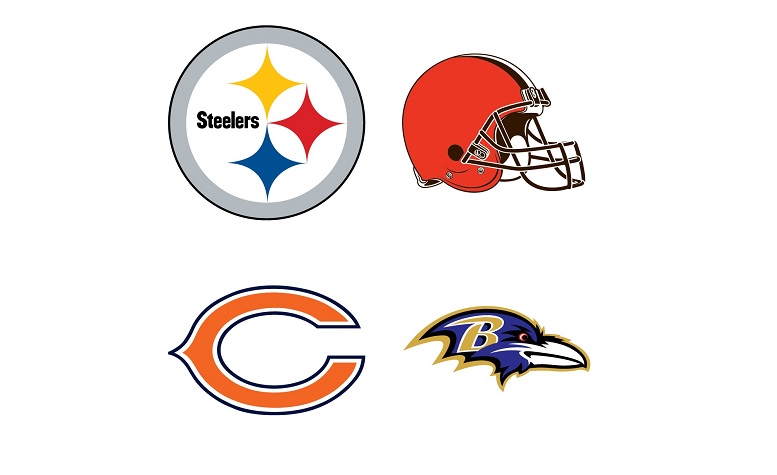 June has arrived and we are now less than 100 days away from the start of the 2017 NFL season. Sounds like football is just around the corner and minutes away from being back in your life but in reality, football has yet to even depart on its journey. While we wait for our favorite pastime to finally arrive, we can begin to ponder about the events planned for this year’s season. One event that is sure to stand out for those who follow the Pittsburgh Steelers is an early season road trip that clouds the first month of their schedule.

Cleveland, Chicago and Baltimore. The Steelers will travel to these three cities during their first four weeks of the season. While this may be a tall obstacle for a team that has had found difficulty to muster offensive success on the road recently, the Steelers must be able to weather the storm early as they approach uncharted waters. 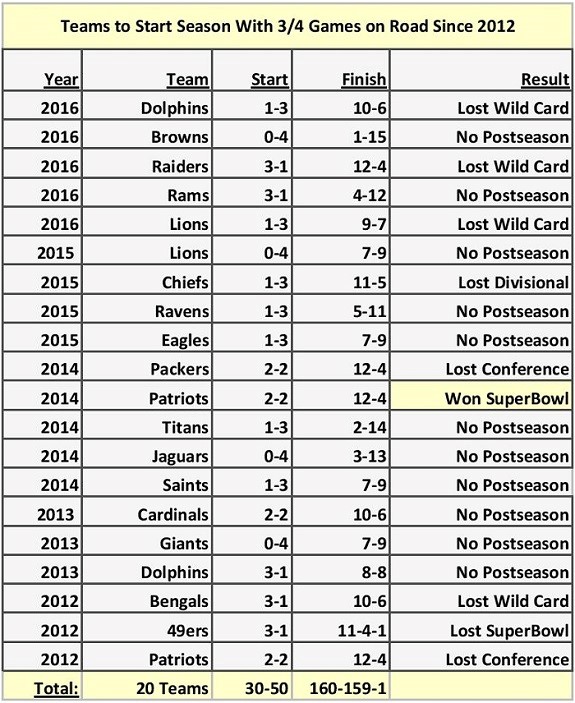 What does recent history tell us about the Steelers’ odds when it comes to their early road trip? Well for starters, it is easy to notice that only one team, the 2014 New England Patriots, are the only team to win the Super Bowl after an early season road stretch. Another item that is lacking on our data is a 4-0 start as no team in the last five seasons has opened the season 4-0 while playing three of four on the road, as even the 2014 Patriots began just 2-2.

Though it is easy to spot out obvious pessimistic details, the positive spins cannot be ignored. The fact that 19 out of 20 teams listed above failed to win the Super Bowl likely has more to do with a lack of talent rather than scheduling.

Applying this knowledge in order to forecast the Steelers’ 2017 campaign shows that the team may face more than favorable odds. The combined record of their three road opponents from last season is a less than impressive 12-36.

While the Steelers do have a realistic chance to reach for the unheard of 4-0 start, even a 3-1 or 2-2 start spell good odds for their post season chances as out of the nine teams to begin their road voyage 2-2 or better, six have made the postseason.

With the possibility of there being a few bumps on the road as the team rides through their early season storm, one very important philosophy to remember through it all is not to panic.