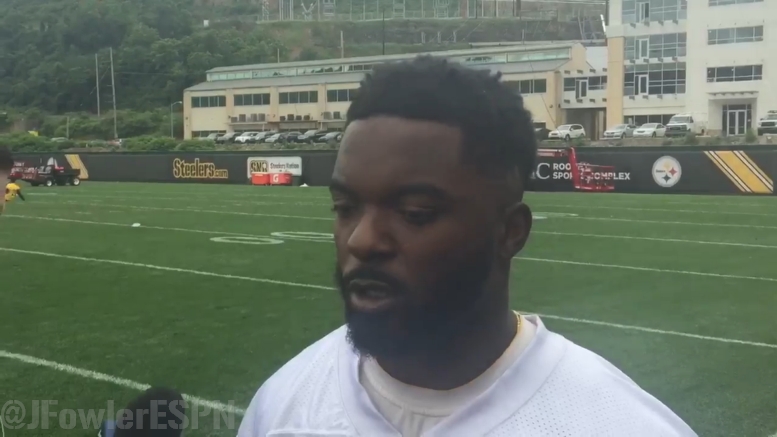 By any reasonable measure, Pittsburgh Steelers wide receiver Eli Rogers has already had a successful career with respect to the journey that he has taken to get to a second full season with the organization. Entering the team’s facilities first as an undrafted free agent following the 2015 NFL Draft, he suffered a foot injury early in his first training camp, before even playing in a preseason game.

Instead of waiving him with an injury designation and washing their hands of him, however, they saw enough from him that they elected to retain him on their injured reserve list for the duration of the year, hoping to see more of what he could do next year.

And that they did, as he managed to earn the starting slot receiver job, a role that he held throughout the season while healthy and not being disciplined. He finished with 48 receptions for 594 yards and three touchdowns in 13 games, which is certainly nothing to sneeze at.

And the second-year receiver has high aspiration for this year, for at least one very concrete reason: he’s feeling better, and faster. This one seemed to fly under the radar a bit yesterday, but according to Jeremy Fowler, Rogers told reporters that he feels “five steps faster” this year.

He is now well more than a year removed from his foot surgery, so it isn’t a great surprise that he would feel even better now than he did a year ago, but Fowler Tweeted that the receiver told reporters that the surgery fixed a years-long issue and that it “didn’t feel completely right” last year. He also had an ankle injury early in the season that caused him to miss two games.

One of my prime areas of concern for the former Louisville product is the fact that I believe he struggled to maximize his opportunities after the catch with the ball in his hands, seemingly only gaining significant yards after the catch during opportunities in which his elusiveness before the catch, rather than after, was maximized.

If he is feeling more comfortable, faster, and perhaps shiftier than he did last season, then that is music to my ears, and gives me reason to believe that he can truly become a deadly weapon out of the slot, even if the Steelers decide that they want to rotate the position to get different skill sets and body types involved.

This news from Rogers’ mouth has me even more intrigued to see him during the preseason this year to get a glimpse of whether or not the improvement will be evident on the field. And one other area in which it could become a factor is when it comes to determining who will return punts.

The Steelers wanted to get Rogers into that role last season, and he did for the first few games in a rotation with Antonio Brown, but they ultimately reverted back to Brown. He may be more able to secure that job in 2017.