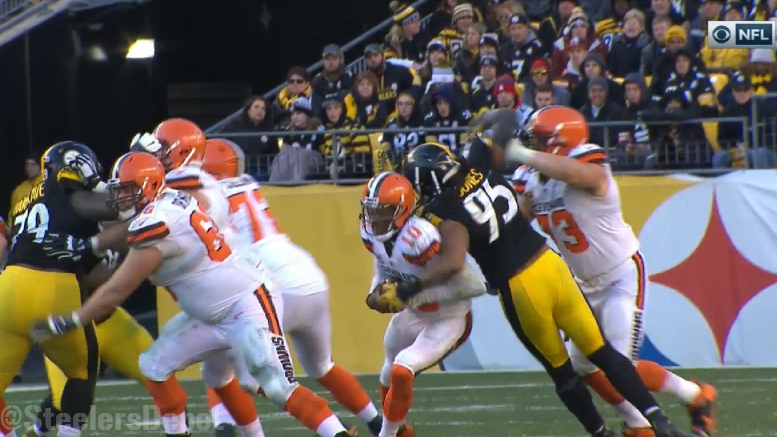 Topic: Which free agent former Steeler that signed with other teams this offseason do you expect to have the best career after leaving Pittsburgh?

It is not every year, but following the 2016 season, the Steelers saw the departure of some fairly significant puzzle pieces—some of whom were supposed to represent a bigger piece than they ended up being, for whatever reason that might be.

During free agency, wide receiver Markus Wheaton signed with the Bears, while outside linebacker Jarvis Jones signed a contract with the Cardinals. Most significant, given that he was a long-time starter for Pittsburgh, inside linebacker Lawrence Timmons signed in free agency with the Dolphins.

The easiest case to make is for Timmons, who appears to be the only one guaranteed significant playing time as a likely starter. But when speaking globally about the rest of his career, it’s not clear how much tread is left on his tires. He has put 10 years in already, while Wheaton and Jones are going on five.

Wheaton is a talented wide receiver who has been prevented from having a bigger role due to injuries and the development of talent around him. It’s certainly possible that he carves out a starting job for himself with the Bears, perhaps in the slot, and blossoms into the receiver the Steelers intended to draft in the third round in 2013 with him.

As for Jones, it’s hard to be optimistic about his ability to become a splashy pass-rusher, but the Cardinals have talked about him in a sense that they intend to use him differently than a traditional pass-rushing outside linebacker.

They already have a couple of those, after all, and credit where it’s due, Jones has produced some splash plays in terms of forcing or creating turnovers, and is a solid tackler in run support and elsewhere. As long as they’re not counting on him to produce sack numbers, they can certainly get work out of him.