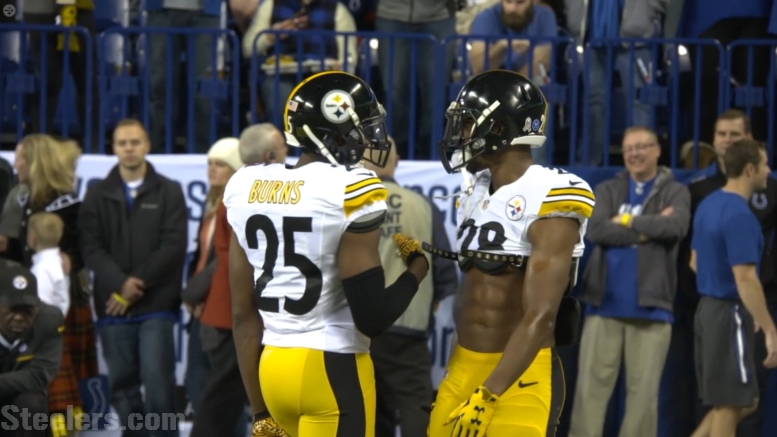 Topic: Which second-year player are the Steelers most counting on to take a significant step forward this season?

It’s not all that uncommon that the Steelers might have several players entering their second seasons in which are placed high expectations. It is incredibly uncommon for them to have three such second-year players who also played critical roles in their first seasons.

With Artie Burns, Sean Davis, and Javon Hargrave all earning starting roles last year, the defense was able to integrate into its new future at an accelerated rate, but it was not without growing pains. The rookies may have played reasonably well, but they must be even better going forward. Which one of them do they require the most from this season? I will make the case for each in order.

The greatest burden is on the shoulders of Burns because it is he upon whom rests the hope of converting to more of a man coverage scheme. He is to be their top guy, who defends their top opponents. And beyond that, there is a significant drop off from him to his backups. And he also has the most room to improve as a tackler.

Davis, on the other hand plays a more versatile role in the defense a moving piece, and the Steelers had as much or more issues defending passes between the hash marks compared to outside. That is Davis’ domain, and will be even more so without Lawrence Timmons.

But Hargrave is the only one of the three to play an important role in the pass rush, and Hargrave in particular is the only one who offers the interior pass rush that the Steelers have been missing for so long. The proof is in the pudding. He was able to sack Tom Brady last year in the playoffs. That is what they need to be able to do to beat a team like New England. The shortest path to the quarterback is up the middle, and it may be the only pass for rhythm passers who get the ball out so quickly.