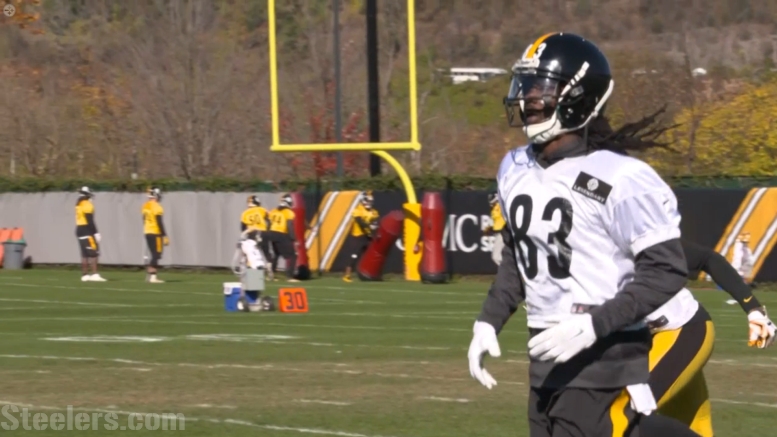 Topic: Will Cobi Hamilton be on any 53-man roster during the 2017 season?

The Steelers sort of pulled Cobi Hamilton off the scrap heap of football purgatory when they signed him to their 90-man roster during the summer a year ago. He happened to come to the right team at the right time in order to find a niche for himself.

A bigger body with some speed and plenty of work ethic, Hamilton quickly became a favorite of the coaching staff for his willingness to do anything asked of him, including plenty of the grunt work that often gets overlooked by wide receivers.

But even with all that, it still took a number of injuries in order for him to work his way onto the 53-man roster several games into the season. Martavis Bryant was suspended, Markus Wheaton was dealing with a chronic shoulder injury, Eli Rogers was working his way back from a foot injury, and Sammie Coates, a starter through the first five games, just mangled his hand.

Given how far down he was on the depth chart, and how close he would have been to losing it again, it would be easy to believe that he may not be on a roster this year, having failed to accomplish that for years prior. Bryant is back and they added two more wide receivers in the offseason.

But while the Steelers have significantly bolstered their depth at the wide receiver position, there is and will always be a market for wide receivers, and Hamilton is now a player who has gotten the opportunity to put down a lot of tape against quality opponents for others to take a harder look at. Sometimes all that’s needed is that first opportunity.