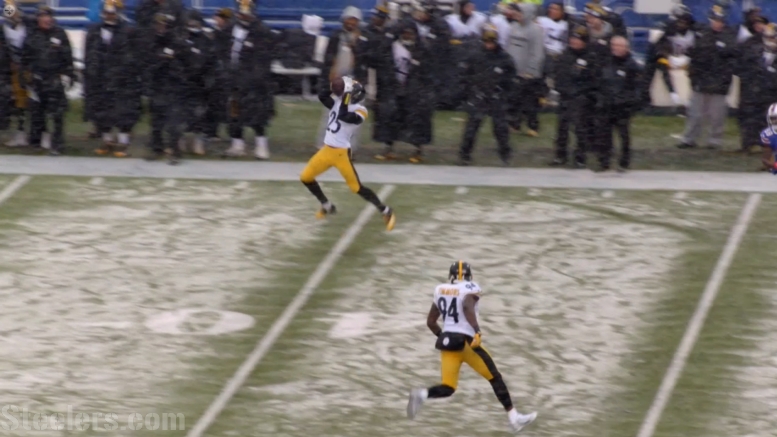 Topic: Coverage and pressure go together, or so I hear. So which have the Steelers done more to improve? Which will be the bigger strength this year, and next year?

Over the course of the past three drafts, the Steelers have taken two outside linebackers, two cornerbacks, and a safety within the first two rounds in Bud Dupree, T.J. Watt, Artie Burns, Senquez Golson, and Sean Davis. Three of them are starting, while one is a rookie, and we know the story with Golson already, of course.

I think it would be fair to say that by the end of last season, neither the pass-rush nor the coverage aspect was quite where the team would like it to be, even though both showed improvement over the course of the year.

They’ve continued to address both, while anticipating improvements from within, so which will be better this year?

There should be a major step up from Bud Dupree this year. He was productive in terms of getting sacks when he finally got on the field, and he has committed himself to becoming a complete and dynamic pass-rusher. Add Watt to the mix, he already seems ahead of the curve, and we have a group better-equipped to get home. Not even mentioning the defensive line.

But the secondary has not one but two young starters who are continuing to blossom, and who in their second season will allow the Steelers to expand the sorts of coverage schemes they can run. The mere fact of increased versatility alone makes a powerful case for the coverage being the more improved aspect of the two.

And you can frankly include the coverage adaptability of their two young and extremely athletic outside linebackers into the discussion. And the continued improvement in coverage from Ryan Shazier. And potentially the introduction of a dime safety for passing situations.