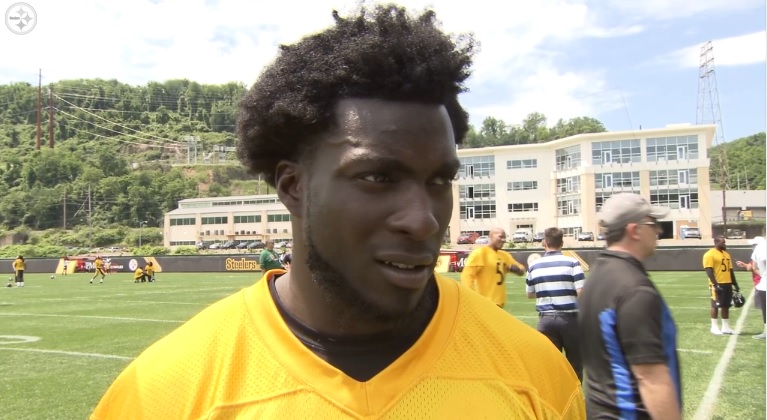 It’s been a difficult, frustrating, choose-your-adjective NFL career for Senquez Golson. One that has put him on the sidelines, not on the field, as he and the team envisioned after being the Pittsburgh Steelers’ second round pick in 2015.

Third time is the charm, that’s the old saying. And Golson is embracing the opportunity. Despite missing two full seasons with labrum and foot injuries, he still found ways to get better.

“Learning how to take care of my body,” he told Steelers.com’s Teresa Varley. “Getting better mentally. Just learning more about the game. I did get better at a lot of things. I had a lot of bad breaks but I think it’s going to turn out pretty good.”

Absorbing the playbook is one obvious way Golson still got a leg up during his time on the mend. But he also mentioned getting a feel for the differences between college and the NFL, such as the NFL’s more narrow hashes, especially key for someone playing in the slot.

Golson admitted he had bad days, ones where he felt like he didn’t have the energy to come to work, but focusing on how he could improve kept his spirits up.

While he didn’t single out a particular name, he credited the entire team and his defensive back teammates for keeping him engaged and helped motivate him over that time.

In his last chance to make the Steelers’ roster, Golson has been running as the second team slot corner during OTAs. William Gay has been with the first team. In camp last year, he opened up as the starting slot corner before breaking his foot. But the cornerback landscape is different now then it was then. Last year, Gay was one of the starting right cornerbacks. Now, Artie Burns is firmly entrenched as a starter on the outside, bumping Gay to the slot.

It’s all one big battle, similar to wide receiver, where only a few names are truly safe. At corner, there are three locks: Burns, Ross Cockrell, and Cam Sutton. Some of the rest have better chances than others but Latrobe will sort out the rest of the mess. Golson will have to hope what he took away from his first two years in the league will give him a leg up.