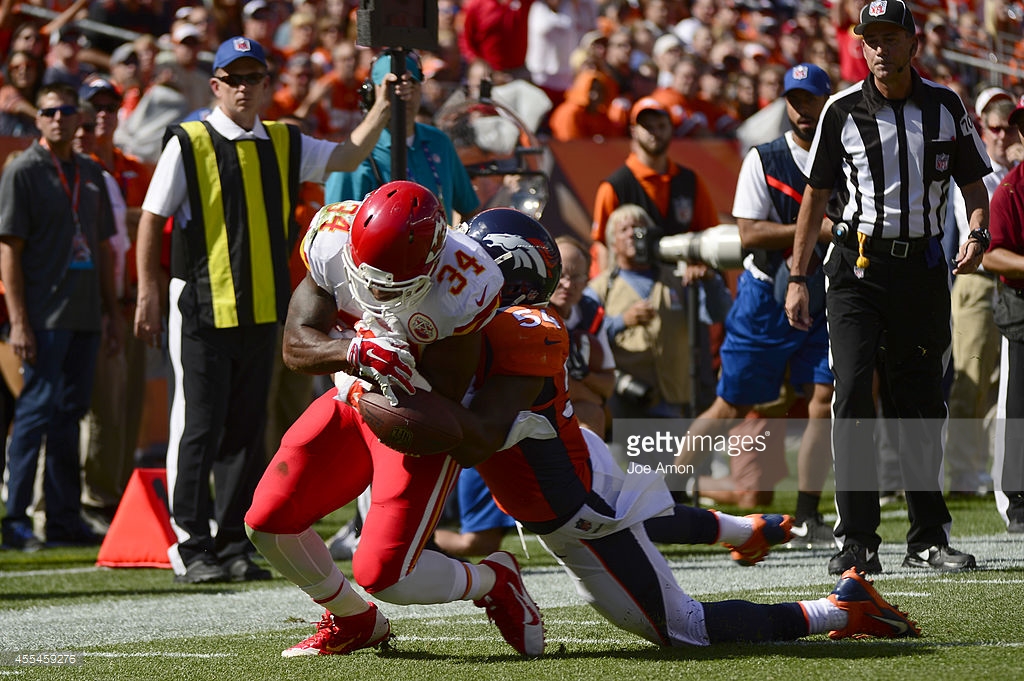 Yesterday I posed the question of whether or not new Pittsburgh Steelers running back Knile Davis will serve as the team’s kick returner this season. That is, after all, apparently the reason that the team elected to sign him in the first place, as a player who has had success in that role in the past.

At the same time, I wrote about just how certain his place on the roster might even be, given that his offensive production has by traditional measures been underwhelming at best, and his kick return numbers have gone down since his rookie season as well.

After this drew a bit of a discussion, I thought it would be worth taking the time to actually give into Davis’ rushing statistics over the course of his career to determine what they really say about him. He has a career 3.2-yard average per carry on 250 career carries, but we know—or at least we should—that such numbers can be deceiving.

There are better ways to break rushes down, and I think one of the most meaningful ways to do that is to view them in terms of whether or not the play was successful. In this case, parameters have been defined as 45 percent of needed yardage gained on first down, 60 percent on second down, and 100 percent on third and fourth down.

Using data pulled from Pro Football Reference, I looked at the numbers for all 250 of his carries and determined that just 63 of them—not 63 percent, but 63 total plays—were successful. That means that barely one out of every four carries for Davis would result in a successful play for the offense.

The bulk of his work came on first down, where on 150 career carries he gained 542 yards, averaging 3.6 yards per carry. Just 34 of those 150 carries were successful, or under 23 percent. He was even less successful on second down, where he rushed for 220 yards on 78 carries, averaging just over 2.8 yards per carry. Only 24 of those 78 carries were successful, which was under 31 percent.

On third down, it gets even worse. He gained 39 yards on 19 carries, averaging not much more than two yards per carry. Five of the 19 carries were successful for a conversion rate of just over 26 percent. He also successfully converted one of two fourth-down carries, losing two yards on a fourth-and-one. He averaged two yards on the two carries for a 50 percent conversion rate, with an obviously extremely small sample size.

To add to the discussion, he also lost three of his four career fumbles. He has just four explosive runs in his career with only one longer than 25 yards. On 32 short-yardage carries in his career (with three or fewer yards to go), he carried successfully 15 times with four touchdowns—he also has two four-yard touchdowns.

As a matter of mere curiosity, Davis carried the ball four times against the Steelers in his career, with all four producing negative carries. All four came on first or second down with nine or more yards to go, and he totaled two yards, with a long run of two.

For his career, 36 of his carries—over 14 percent—went for negative yardage, a total of 81 yards lost. Another 26 carries gained no yards, so nearly a quarter of his touches gained no yards, another 30 carries picked up just one yard, with all 30 being unsuccessful carries.

These are simply extraordinarily bad numbers.