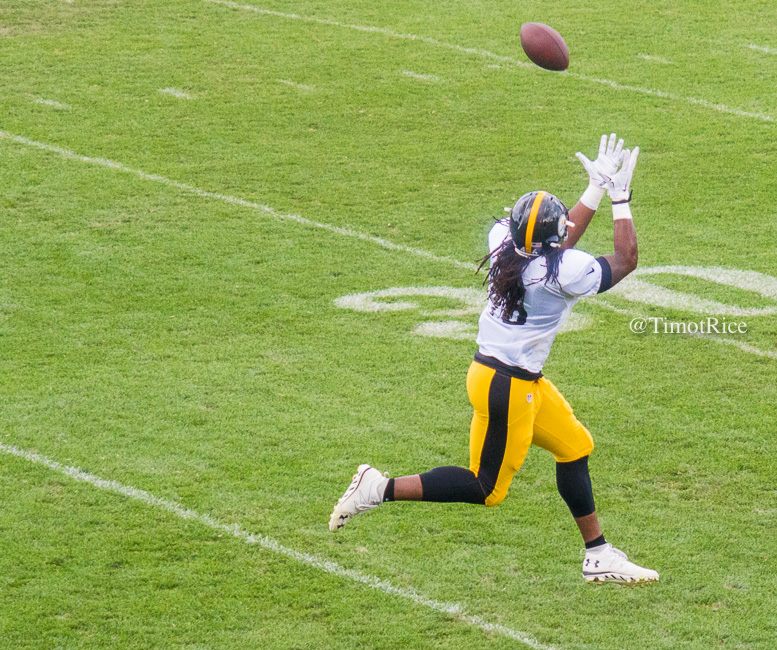 Gotta admit, it’s like Christmas time when I see interviews with John Mitchell and James Daniel. Daniel, the Pittsburgh Steelers’ tight ends coach, briefly sat down with Steelers.com’s Missi Matthews to go over the tight end room. It’s one that has seen plenty of moving and shaking post-Heath Miller, the quiet, steady leader of the team. Now, those reigns have been handed over to David Johnson.

“I don’t think we can dispute the fact David Johnson has nine, ten years in the league,” he told Matthews when asked who the leader was. “The more time you have in this league, the more experience, you can relate to situations you’ve had in the past to the younger guys. He’s the older guy.”

Johnson officially is entering his ninth season, drafted by the Steelers in the 7th round back in 2009. He’s the longest tenured tight end in the room and also by far the best blocker, his niche to make the roster. It certainly isn’t as a receiver, he has only 31 of those in seven seasons, or as a special teamer. He’s squatty but with excellent length and a knack for doing the grunt work in an era where every big wide receiver is being looked at as a tight end.

It’s a role he’ll likely continue in 2017 but there’s certainly other talent in the room looking to make a different impact.

“But we got he, Jesse and Xavier, all have played some, so we’re expecting big things from all of them.”

It’s a group trying to find their footing since Miller’s retirement. A challenge Daniel embraces, not shies away from.

“We had Heath, Heath was the ultimate pro,” Daniels said, pausing for a moment to crack a quick smile, perhaps in remembering the player Miller was. “You knew what you had in the position all the time. But we’ve had guys who have been productive with Heath not being here last year. It’s just a challenge, it’s my job as a coach to get whoever we got to perform at the highest level they can perform. It’s been a nice challenge for me for this group.”

Daniel should be given appropriate credit for developing Miller. As I wrote this morning, Daniel was the only TEs coach Miller ever had in his NFL career. Miller drafted in 2005, Daniel hired the year prior. There was a lot of talent to mold, no question, and the Steelers’ system fit Miller’s skillset to a T, but Daniel served as the foundation.

Now, he’s looking to do the same with James, Grimble, and the steady leadership Johnson offers.