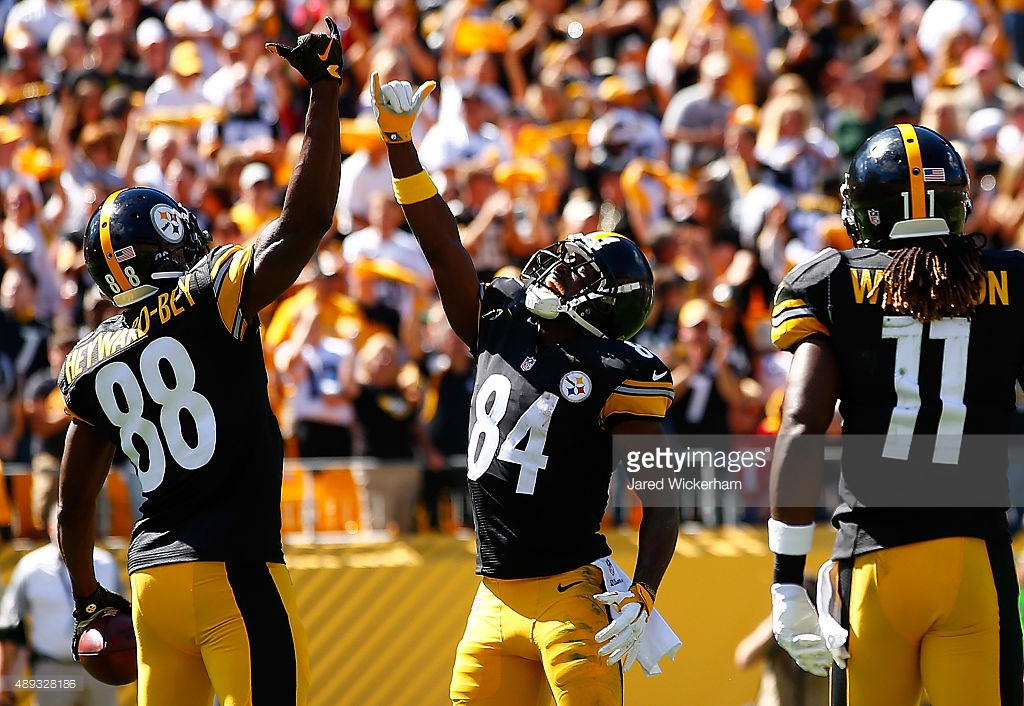 The Pittsburgh Steelers potentially have an interesting situation brewing on their hands when it comes to their coaching ranks. They have in their midst a wide receivers coach who is set to retire after this season in Richard Mann. But they also have a wide receiver whose roster odds by 2018 are growing long who has expressed interest in coaching in Darrius Heyward-Bey.

I am by no means suggesting that the Steelers are going to, or should, replace Mann with Heyward-Bey as their wide receivers coach in 2018. But I am saying that you shouldn’t be surprised if the former first-round wide receiver is on the staff in some form or fashion by next season.

We have been writing about and discussing this topic a bit over the course of the past several days since Mann recently reiterated his intention to make this his last season, and since we have picked up on comments from Heyward-Bey, courtesy of Chris Adamski, talking about his role as a mentor and coach.

With Mann recovering from knee surgery during rookie minicamp, Heyward-Bey essentially functioned as the wide receiver coach for the team over that short few-day period, something that in no way came as a surprise to Mike Tomlin.

Recently, in an article on PennLive by Jacob Klinger, rookie quarterback Joshua Dobbs told the reporter, in so many words, that “Heyward-Bey is especially eager to coach”, as the article states. Klinger goes on to write that “the veteran wide receiver is the offensive player that Dobbs has gotten the most help from, apart from fellow quarterbacks”.

And that is something that at this point should not be very surprising, because we have quite frankly been getting dribs and drabs of Heyward-Bey’s position within the locker room as something of a leader and mentor, as communicated by a number of wide receivers. He is much like Mike Mitchell has been to the young secondary.

It would be in no way out of the ordinary if the wide receiver would have a quick turnaround from player to coach, especially given the pseudo-coaching mentorship that he has already experienced over the course of the past four seasons.

While only 30 years old, still rather young in the grand scheme of things, he has had a fairly long playing career, and has clearly been helpful. In Adamski’s article, for example, Demarcus Ayers told the reporter that he turns to Heyward-Bey when he has questions.

It is not unheard of by any means for a player to have a quick, if not immediate, turnaround from his playing career to his coaching career. Former Steeler Larry Foote, for example, retired after the 2014 season after playing one year with the Cardinals after being released from Pittsburgh.

The following year the long-time starter served as an assistant linebackers coach for Arizona, and last year was promoted to inside linebackers coach. So it can be done. Even on the Steelers’ own roster, Joey Porter last played in 2011 and began coaching at the college level two years later. By 2014, he was on Pittsburgh’s staff.

Of course, all this goes without saying that Heyward-Bey’s playing career would have to be over. That means he not only misses the Steelers’ roster this year or next year, but also fails to catch on elsewhere, and determines that he is through. Right now he still has plenty of tread on the tires. But whenever he does call it a day, it might not be long after that he is back on the sidelines.