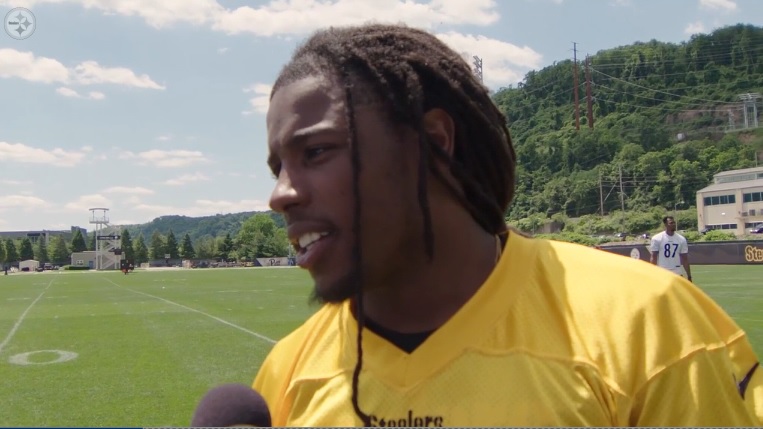 If you like to hit, you have the chance to be a Pittsburgh Steelers. By the sounds of things, Daimion Stafford likes to do just that.

He told reporters after Thursday’s practice he was a downhill, physical nature. One that gels well with what the Steelers are asking him to do.

“I like to come downhill and punish whoever has the ball.”

The familiarity doesn’t end there. Stafford said coming to Pittsburgh was important because the defenses he was in, under Dick LeBeau in Tennessee, are similar. And that, of course, eases the burden of coming to a team a month before training camp kicks up, lagging behind the veterans and even the rookies.

But the Steelers wasted no time in getting him on the field, running him out there the day he was signed. He’ll have four more OTA practices before this slate of practices are completed. Stafford, who said he visited the Steelers a week before being signed, will compete as a backup safety, either beating out Jordan Dangerfield or convincing the team to keep five. That will likely mean they keep just five cornerbacks, putting guys like Brian Allen and Senquez Golson squarely on the bubble.

Those discussions, of course, are still a ways away. For now, Stafford is focusing on picking up the playbook and showing enough versatility to make him an asset.

He will wear #30. For now, at least, given the fact James Conner sports the same number, one he’s unlikely to switch since his jerseys have already been sold.

In the interview, Stafford said there was frustration of waiting so long to sign.

Now, he’s in full control of his NFL future.