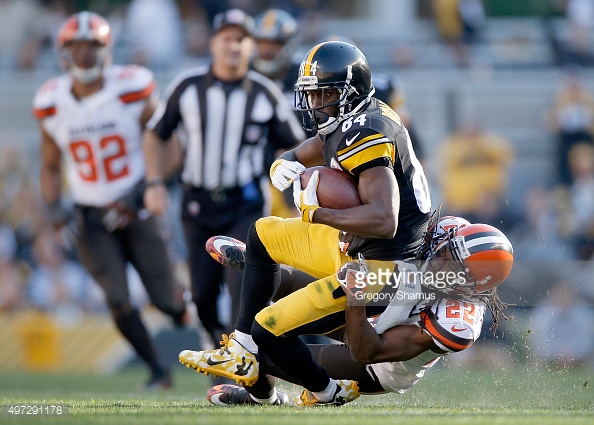 When former Packers cornerback Tramon Williams agreed to terms with the Cleveland Browns a couple of years ago, he probably understood quite well that he was going from a top 10 team in the league to a team squarely in the basement. But evidently he didn’t realize just how deep below the surface it would go.

Williams, who was released by the Browns earlier this year in February after completing the first two years on a three-year contract averaging $7 million per season, is still a free agent as we head into training camp, and at the age of 34, there is no stampede to knock down his door.

But he still seems to be relieved to be out of Cleveland. The veteran cornerback recently told SiriusXM NFL Radio that he has become choosy about where he wants to play next and is hopeful of landing with a team “that is stable and wants to win”.

Williams told host Pat Kirwan that the Browns “were going in a different direction” even from the start of training camp to the start of the regular season a year ago. “It came to a point during the season to where I wanted to be released”. While he did not get his wish in-season, the Browns did let him go soon after.

He wished for his released “because it wasn’t a stable spot. It’s not a stable spot. You don’t know who’s going to be the coaches from year to year, and I didn’t know that so I didn’t want to be one of those veterans who is stuck in a spot”.

While he noted that he has talked to several teams, he said he was worried about staying in Cleveland because, “at the end of the day, I’m not going to be able to get a job because I was on a bad team”. I would imagine 1-15 qualifies as a bad team. “That’s why I wanted to get out of there”.

He did thank the Browns for releasing him early to give him an opportunity to get out ahead of the free agency opening and test the market, even though he did not sign with a team. As a veteran, however, he probably doesn’t miss OTAs and everything involved in the process leading up to training camp.

The former Pro Bowler is hoping to catch on with a contending team at some point between now and early in training camp in order to resume his career, though it’s not clear what sort of market there will be for his services at this point, given that he has not signed anyway in late June.

During his two seasons with the Browns, Williams played in 27 games, starting 22. He recorded 105 tackles with two interceptions and 15 passes defensed. Every other season in his career in which he started more than one game produced more than one interception, including a career-best six in 2010, the year the Packers beat the Steelers in the Super Bowl.