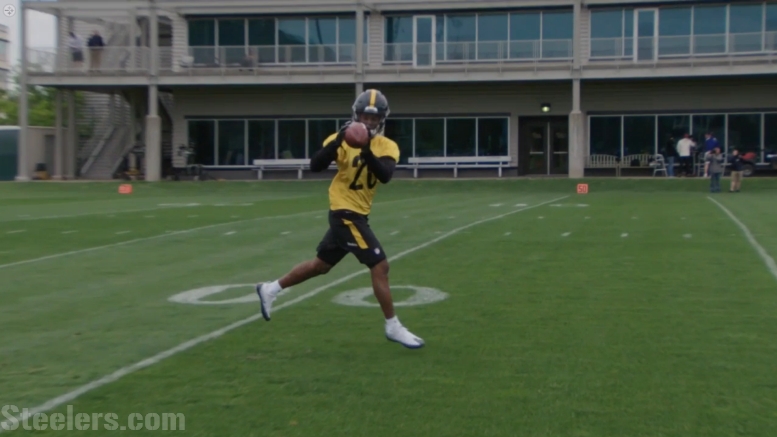 It’s been a little while since we’ve heard any of the Pittsburgh Steelers coaches talk about rookie cornerback Cameron Sutton, the team’s first of two third round draft picks this year. However, on Wednesday, Steelers defensive backs coach Carnell Lake talked about the Tennessee product during his between-practice session with the media.

Lake was first asked what he’s seen out of Sutton so far as the team starts to put the finishing touches on their annual mandatory minicamp.

“Cam Sutton is pretty on point in terms of what we saw his abilities were in Tennessee and meaning we saw a player that was able to make plays,” Lake said in his interview that was aired on Steelers Nation Radio. “His neck-up intelligence helped make a lot of those plays and he’s seemed to have brought that with him – that hasn’t dropped off. If anything with Cam, you tell him once, or twice at most, and you don’t have to tell him again.”

Lake was then asked what he’d like to see out of Sutton moving forward past the offseason practices.

“I’d like to see Cam, like all my guys, I like to see them be able to compete and push the secondary to a better point,” Lake said. “Be competitive, compete for a starting job, compete to get on the field, if you’re not a starter, and see where that takes us. And with Cam, I think over time, time will tell. Ultimately, if you’re making plays and you’re productive, you’re probably going to wind up making the team and helping this team out.”

While Sutton has reportedly been seeing a lot of time on the outside so far during the team’s offseason practices, Lake didn’t rule out on Wednesday the possibility of him playing more in the slot once training camp gets underway in Latrobe in late July.

On the surface, while it sounds like Sutton is progressing nicely, it’s hard to imagine that he’ll be a starter by the time the regular season rolls around. He should, however, be an early-season backup player and special teams contributor and there’s always the slight possibility that he becomes the team’s punt returner at some point during his rookie season being as he had success doing just that during his college career.