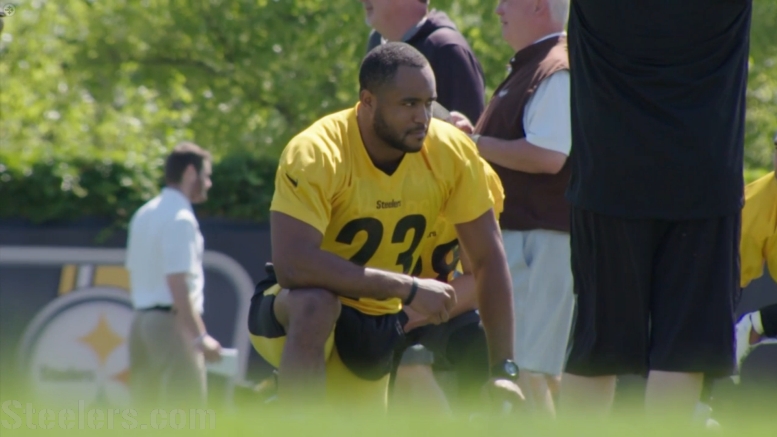 When it comes to Mike Mitchell, the game of football really comes down to one thing for the Pittsburgh Steelers safety, and that is love—at least, that is, according to his defensive backs coach for the past three-plus years, former safety Carnell Lake.

The somewhat enigmatic coach, whose media availability is sparse at best, recently participated in a sit-down interview for the team’s website, in which he talked about a number of topics in a brief period of time, and one topic that was discussed is Mitchell, who is preparing to open his fourth season in Pittsburgh with a fourth different starter opposite him.

The Steelers brought Mitchell in when they still had Troy Polamalu roaming in the secondary. After he retired the following offseason, he was replaced by Will Allen, a veteran with whom the former Raiders and Panthers safety did play with some due to Polamalu’s injuries.

They opened last season with Robert Golden in the starting lineup. Golden started three games and played the bulk of four while filling in for the injured Allen the year prior. But he lost his job during the season to Sean Davis—and even before that Jordan Dangerfield replaced in for two games due to injury.

So Mitchell has already worked with five different starting safeties in three seasons, albeit one merely an injury fill-in, but in order to do so without allowing it to get into your head, it requires a certain love of the game that smooths out all rough edges. And that, he has in spades.

“Mike Mitchell loves football”, Lake said of his hard-hitting free safety. “He loves the total experience, from the class room, film study, to actually out on the field, and he does a great job of helping the younger guys and passing on his experience and his knowledge”.

That has, of course, become one of his primary tasks in recent years, referring to the latter part of the quote above. The veteran safety was instrumental in helping Davis transition into the starting lineup as a rookie, which is something that is rarely accomplished in Pittsburgh’s complex defenses. They have since been more streamlined, of course, but it is never a given that a rookie can start.

It was just Davis, but Artie Burns as well, and he is already working with Cameron Sutton and Brian Allen, taking all the young defensive backs under his wing and helping them transition, not just on the field, but off the field as well, showing them how to watch film, take care of their body, their diet, and their lives.

Such above-and-beyond behavior stems from both a love of the game and a love of his organization and his teammates. Mitchell has always been a passionate player who allows his emotions to bleed through on the field—to the chagrin of some—and that is just an extension of what he feels for the game.