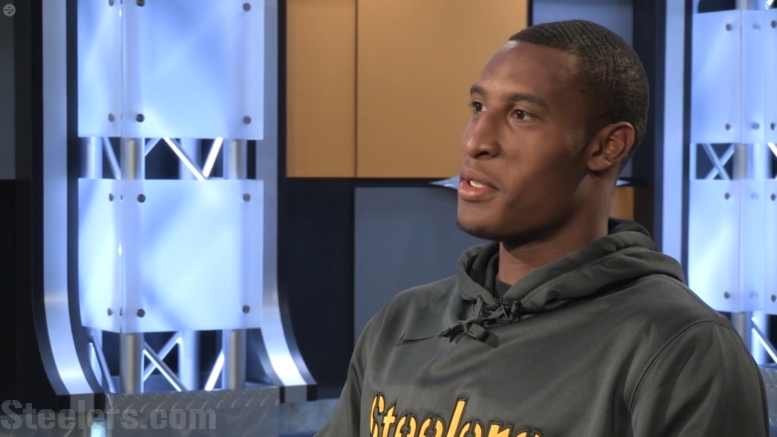 Now, the second half of that trait string might take some doing, as Allen had some issues as a tackler during his two seasons player cornerback, but that is not wholly surprising for somebody who spent his entire life prior to making the switch playing on the offensive side of the ball, which Alex Kozora wrote about yesterday.

That said, he does seem to have the mindset of the sort of cornerback that the Steelers are hoping to have unearthed in the late rounds. In the same sit-down interview with Missi Matthews that we talked about a bit yesterday, the interviewer asked Allen about a comment that his position coach made after selecting him.

“Carnell Lake said that you ‘like to get in a wide receiver’s face and and disrupt him at the line of scrimmage’”, she said, asking him if that was an accurate assessment of how he views himself and his style of play.

“It’s definitely accurate”, he said, though I suppose it would be hard to say that you disagree regarding your own play. “I feel like, for my size, I’m a bigger, longer corner, so I like to get up there and disrupt the receiver any way I can”.

Allen went on to say that he wants to “come in and use the assets that I have that some other corners might not have”, to “just use my advantages to help the team win”. Of course, he is also hoping to use his unique advantages relative to the rest of the group to earn himself a roster spot.

Of the cornerbacks currently on the Steelers’ 90-man roster, only two of them reach six feet in height, those being starters Artie Burns and Ross Cockrell, and each of them are listed at exactly six feet. Allen is listed at 6’3”, the tallest cornerback of potential prominence that they have had since—Mel Blount? I honestly don’t even know off the top of my head. Ike Taylor was 6’2”.

As Alex talked about at the end of his article yesterday, Allen’s physical attributes and traits are a nod toward an evolving view by the Steelers of the cornerback position as they shift their priorities more toward a certain type of player, one who would be more capable of playing in press coverage against bigger wide receivers.