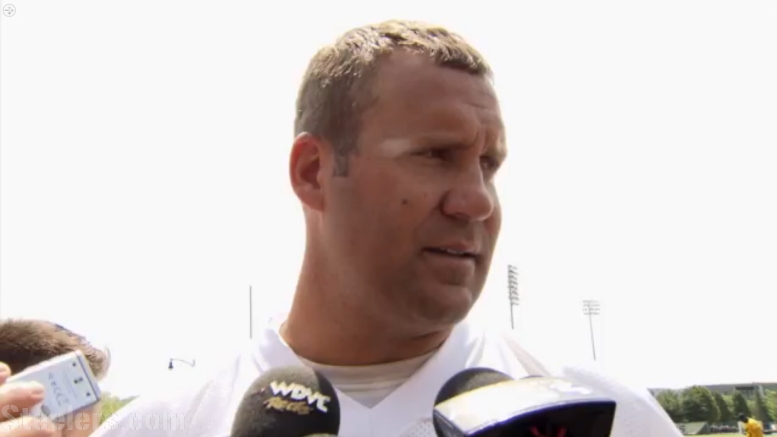 Once again, it seems, Corey Rawson, Ohio, is now a place that exists neither on a physical plane of existence or anywhere on paper. The part-fictional hometown that Pittsburgh Steelers quarterback Ben Roethlisberger has been listing in the team’s media guide in recent years is being retired in favor of his actual hometown, Findlay.

It is all a part of a reconciliation that has taken place between the town and the native son over the course of the past seven years, which really began in earnest in the wake of the Milledgeville, GA nightclub incident that resulted in the quarter quarterback being accused of sexual misconduct, though charges were never filed.

Corey Rawson is actually a typographically anomalous reference to the Ohio district of Cory-Rawson, made up of the towns of Rawson and Mount Cory. Roethlisberger did spend time growing up in this area, but it was in Findlay where the bulk of his most important growth took place, including his rise to prominence as an athlete.

But his relationship frayed over time in a back-and-forth that he now understands and largely takes the blame for. He has more or less acknowledged that he had gotten ahead of himself a time or two, as though he considered himself above his past.

When the neighbors of his youth then began to turn on him—and in earnest after the 2010 rape allegation—he turned on them as well, which culminated in his no longer even acknowledging the town as having played the role in his upbringing that it did.

It took years for things to come back around, but earlier this year, he and his sister were inducted into the local Hall of Fame for what they achieved as members of the community there in their youth, and it was an opportunity for the town and for Roethlisberger to further, and perhaps to complete, the healing process.

It was something that the quarterback addressed later in an interview with Ron Cook that I wrote about back in early May. Roethlisberger said that he ranked the Hall of Fame induction as one of the greatest honors in his career.

“I let the negative comments of a few cloud my judgement about the many”, he told Cook. “The voices of the few haters are so much louder than the voices of the many”. He said that he understands the proportion now, and that it was “amazing” to be back there.

It is an interesting moment of personal growth and reconciliation for Roethlisberger as he seemingly winds down toward the end of his playing career. I don’t know that it means he plans to move back there any time soon or anything, of course. With time, “you really understand and appreciate things”, he said.