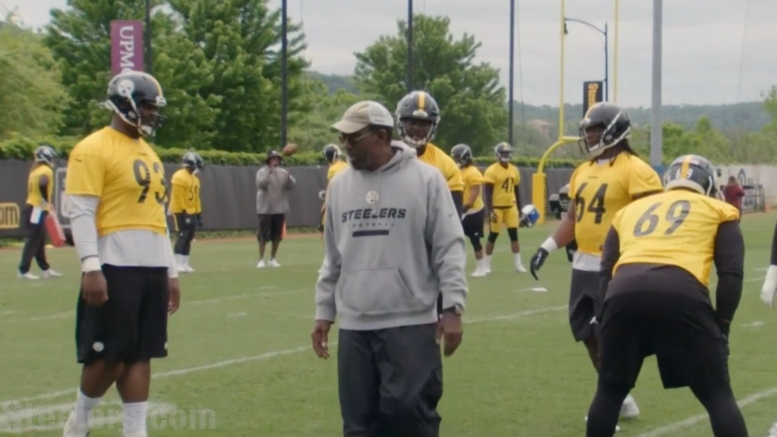 One of the interesting things about the Pittsburgh Steelers’ current formula on defense is that they quite rarely, at this point, employ a true nose tackle. They are fielding a defense with five or more defensive backs around 70 percent of the time, roughly.

One of the interesting things about the Steelers’ free agent Tyson Alualu is that he is a player that the team views as a down-the-line guy, meaning that, if necessary, they believe that he is capable of playing any position on the line, either in a three-man front or in the nickel.

Finally, one of the interesting things about former sixth-round draft pick Daniel McCullers is that he has yet to actually demonstrate that he has the sort of potential that they believed he had when they drafted him—at least on a consistent basis.

When you factor in all these elements together, you have to wonder whether or not the fourth-year nose tackle’s roster position is actually secure, even though the Steelers brought in no new nose tackles to compete with him—outside of retreads Roy Philon and Lavon Hooks.

I say ‘you’ because it’s not just me. Ray Fittipaldo pondered it during a recent chat. Bob Labriola was even more explicit during a live edition of his Asked and Answered segment on the team’s website. He was asked about McCullers, and here is what he had to say:

Dan McCullers is going to have his work cut out for him this summer just to earn a spot on the 53-man roster. The Steelers typically keep six defensive linemen on the initial roster: Cam Heyward, Stephon Tuitt, Javon Hargrave are three. Tyson Alualu is a former No. 1 pick who can play both NT and DE. There’s also L.T. Walton, who impressed the coaching staff last season, and Johnny Maxey, a real up-and-comer who will be entering his second season. That’s six right there.

This is perhaps the most prominent case I have seen of somebody questioning McCullers’ roster security, and I tend to agree with it. Johnny Maxey is somebody who has been quietly talked up by coaches since he was brought in as an undrafted free agent last year and even managed to contribute on defense toward the end of the season.

There is a reasonable expectation that he will continue to grow in his second season, as L.T. Walton did a year ago, so I think it’s certainly plausible, given what I wrote above about the infrequent usage of the nose tackle position and the ability of Alualu to function as the number two, that somebody like Maxey could outright unseat McCullers, who is in the final year of his rookie contract.