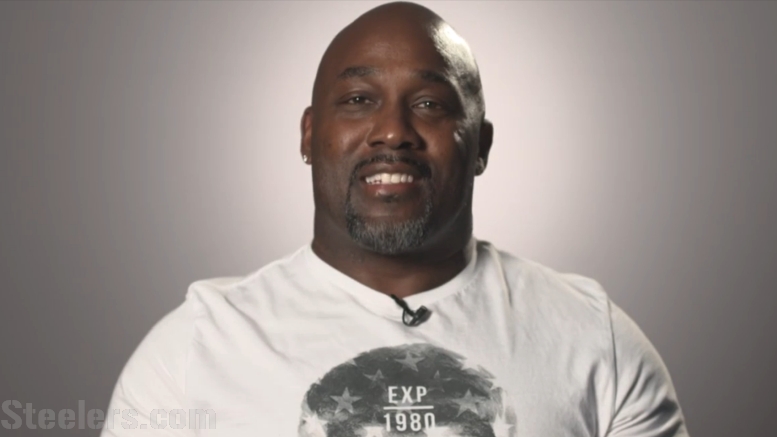 He didn’t have the longest career, but he certainly had an impactful one—perhaps physical would be an even more apt description. Barry Foster spent just five years with the Pittsburgh Steelers, but he remains a fan favorite for some, and elicits fond memories from many for his performances, especially during the 1992 season.

That year, his third in the league, Foster was made a full-time starter, and got more than a full-time workload, registering an astronomical 390 carries on the season, churning out 1690 rushing yards, both of those numbers registering as franchise-highs. He also rushed for 11 touchdowns and had another 344 yards on 50 receptions, eclipsing 2000 yards from scrimmage.

In five seasons in Pittsburgh, the former fifth-round draft pick started 44 of 62 games, rushing for 3943 yards on 915 attempts, averaging 4.3 yards per carry and scoring 26 times on the ground. He also had 93 receptions for 804 yards and two more touchdowns.

And he knows what it meant to play for the Steelers.

“I got drafted, I had an opportunity to play five years here. I didn’t accomplish everything that I wanted or play as long as I wanted to, but none the less my dream came true”, Foster recently told the team’s website in the latest installment of the Legends series of interviews.

Foster said during his interview that the Browns had actually called him in the second round, saying that they wanted to draft him, but they ended up going with another option. After doing so, he fell all the way to the fifth round, so the doesn’t take it lightly that he eventually got his name called.

“I was able to get drafted, I was able to play and contribute to victories for this organization. I don’t have any other way to look at it but a positive way. So it’s been a great experience in my life,” he said. Yet he added that he tried to be at his best whenever he played the Browns.

Foster played seven games against the Browns, but one was during his rookie season in which he got one carry. He rushed for at least 84 yards in the other six, including three 100-yard games, scoring five touchdowns and 565 total rushing yards.

“When we got to the football games”, he recalled, “the games were a lot easier than the practices because offense and defense, we went at it so much and so hard every day that it was like a football game every practice”.

Of course, you might be able to trace back to those physical practices and all those carries during a five-year period and pick up on the injuries he suffered and draw a correlation to explain why he had a five-year career and felt like an old man by the time he was trying to make another team in 1995. A lesson for younger running backs to learn from.