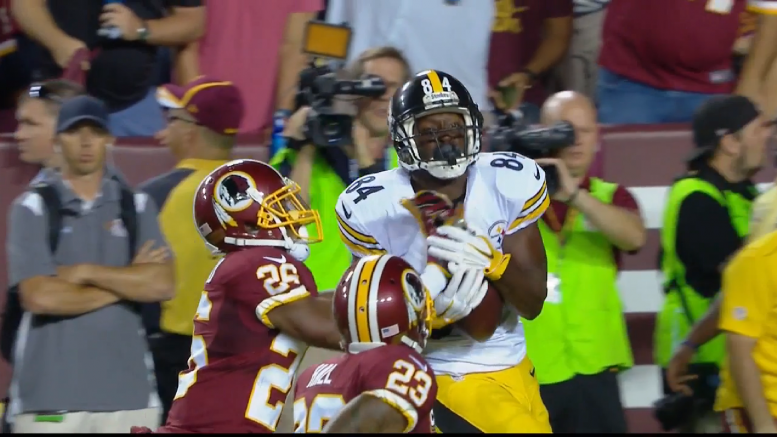 One of the hardest workers on the team, there’s no rest for Antonio Brown. In-between the Pittsburgh Steelers’ OTAs and minicamps, the latter beginning today, he’s been working out with Terrell Owens down in Florida. If you follow him on Snapchat, you’ve seen the photos of the two working out, along with Bo The Trainer, one of AB’s go-to guys. 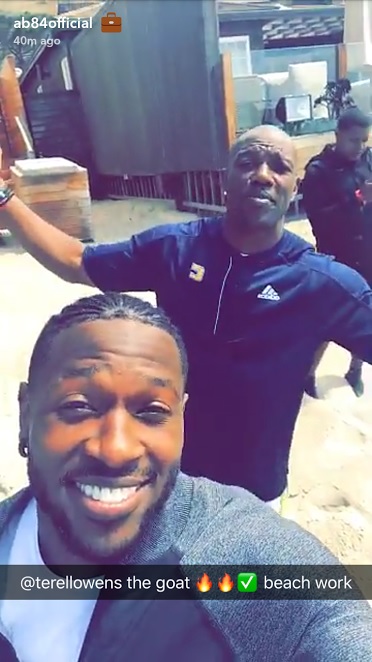 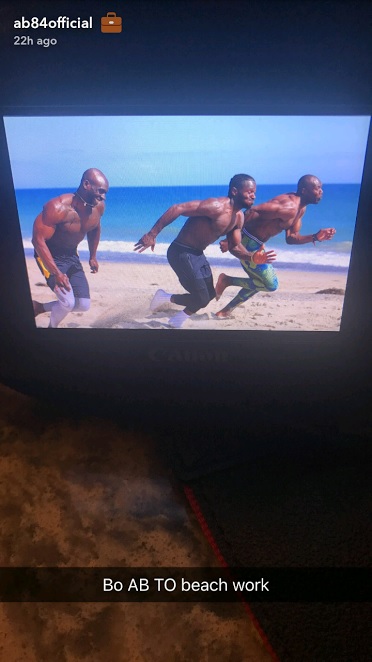 Owens, now 43, still looks in tremendous shape and was every bit as competitive as Brown is on the field. Though sometimes, the two are just as egotistical too.

Florida, his home state, is where Brown can often be found training with other NFL players, current and ex.

Last year, Brown worked out with the likes of Teddy Bridgewater, Odell Beckham Jr, and Jarvis Landry. This year, he’s seemed to focus on those who are out of the game. Owens this weekend and Chris Chambers back in April.

The 2016 workouts were with Bo The Trainer, Bo Smith, too. He runs Milk Personal Training in Florida and heaped praise on Brown’s work ethic last season.

“A guy by the name of Antonio Brown, I was training him and [a fellow athlete] at the same time, giving them the same insights and advice of being an athlete on the professional level,” said Bo. “Antonio Brown did everything I said and stored it into his brain and in his chest and followed all I laid out for him. He went into the league and is going on his third year now.”

Brown will surpass 700 receptions and 9000 yards fairly easily next season and another ten touchdowns will give him 60 receiving in his career. The yards would rank him second all-time and he only needs two more touchdowns to pass Lynn Swann for third in franchise history, still trailing John Stallworth (63) and Hines Ward (85). Brown is also likely to record his 5th straight 100 reception season. He’d be the first in NFL history to accomplish that.