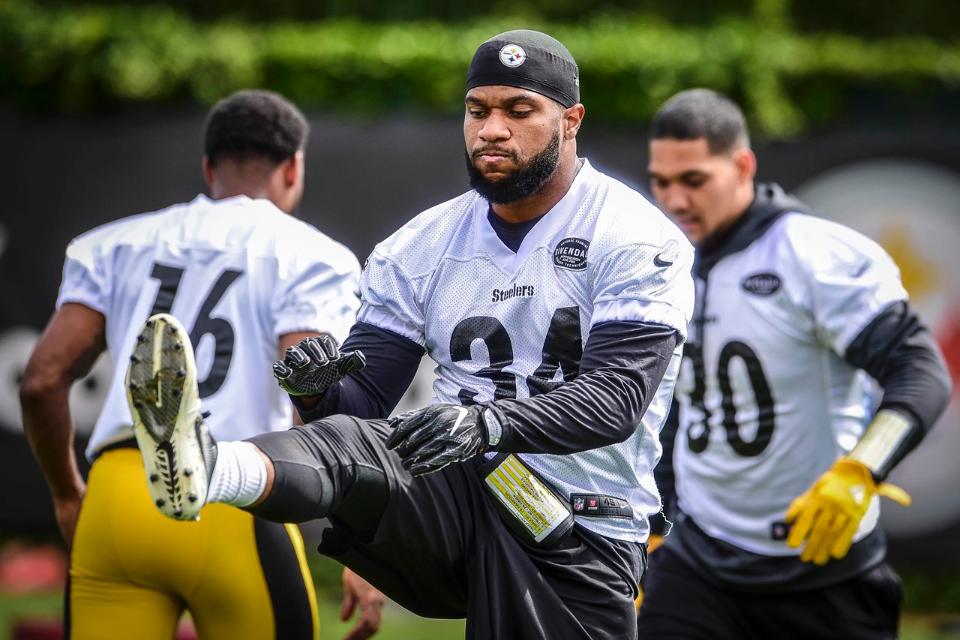 His stock wasn’t very high to begin with, and he didn’t really go anywhere with it over the course of the past few months. Nor did the Steelers do anything that they weren’t expected to do. Nor did anything unexpected beyond their control happen that was particularly significant.

All of this translates into Steelers free agent running back Knile Davis not moving the needle at all since he has gotten to Pittsburgh, which is not particularly a bad thing, nor is it good. The only thing that we can really say about him right now is that he has gotten a lot of practice reps with Le’Veon Bell out and James Conner missing a lot of time with a hamstring injury.

So we can at least say that he has been given quite a number of opportunities to showcase his abilities to his coaches, including offensive coordinator Todd Haley, who was once nearly his head coach before he was fired from the Chiefs in 2011. Davis was drafted by Kansas City in the following draft.

A 5’10”, nearly 230-pound running back who ran a sub-4.4 coming out of college, one might think just looking at him and his measurements that he would have a head start when it comes to growing into a quality NFL running back.

That quite frankly hasn’t really been the case, as the numbers in my study of his history of rushing attempts demonstrates. He has, in fact, only regressed over time during his four seasons. So from that point of view I really would like to have something to learn about him that would increase his value.

That will have to wait until training camp and the preseason when the pads come on, because there isn’t a whole lot that you can learn about a veteran running back during the spring. Perhaps the opportunity to run behind the Steelers’ offensive line is what he needs to turn his numbers around, but that seems to be wishful thinking.

It will be interesting to see how much he actually ends up playing this year. I wouldn’t actually even call him a roster lock right now.