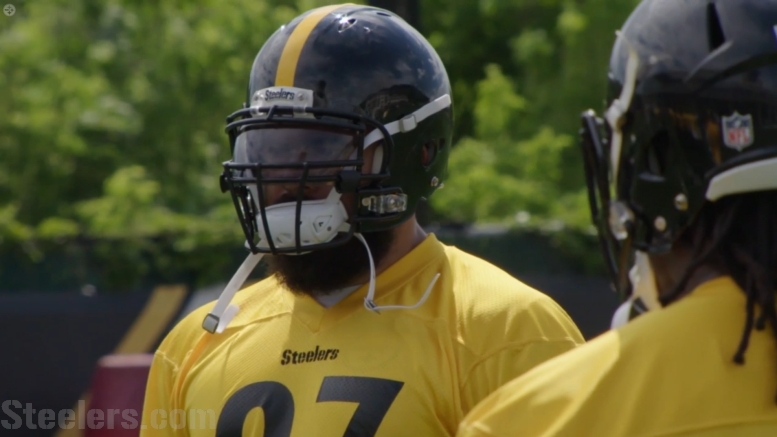 With Lawrence Timmons now gone, defensive end Cameron Heyward is now the third-most tenured defensive player on the team behind James Harrison and William Gay, the latter two of whom are two of the three oldest players on the roster, Ben Roethlisberger being the other.

Mike Mitchell and Tyson Alualu both of more years of accrued NFL experience, but Alualu is new to the team, and Mitchell is only entering his fourth year in Pittsburgh, yet ninth in the league. Arthur Moats, too, has one more year of experience, but is another free agent.

All of this is a long-winded way of pointing out the status and stature that Heyward holds on the defense, and on the team as a whole. His teammates voted him as a defensive captain (along with Gay) last season, which says quite a bit.

And yet it was a season in which he had to provide, and to hone, his leadership skills from the sideline, because he was forced to deal with a number of injuries that robbed him of playing time, the final one ultimately ending his season.

It is because of that final injury, a torn pectoral muscle from which he is still gradually working his way back, but I think his stock remains even. He has otherwise, in my opinion, only continued to elevate his play on a yearly basis, and his three-sack performance against the Chiefs in Week Four in 2016 was a taste of what he can deliver.

But after his injuries, I would guess that the Steelers are more committed than ever to getting him off the field more frequently, which is one of the reasons that they wanted to bring in Alualu. So not only does he have to demonstrate a complete return from his injury, he also has to combat fewer opportunities to make plays.

Not that he will be complaining. He has been talking for the past few offseasons about the fact that the defensive line needs more depth to have more of a rotation. And he has shown that he can still affect the game as a second set of coaches’ eyes on the sideline, and to motivate his peers when he is not in the game.