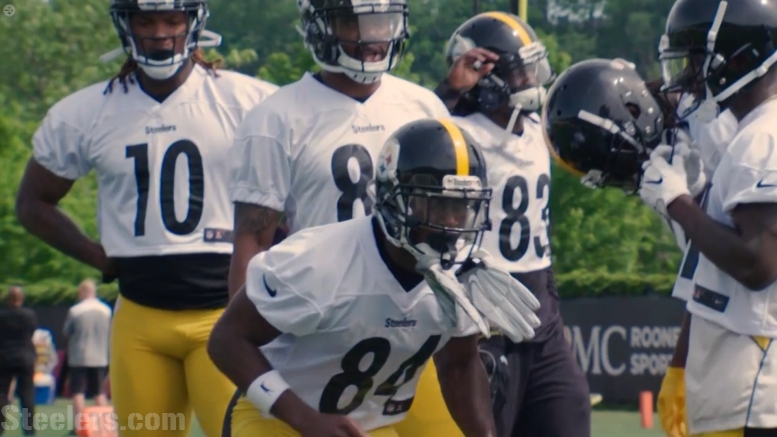 Question: Will the Steelers have the best starting wide receiver tandem in the league in 2017?

I saw this question posed about a couple of other teams over the course of the offseason, but it would seem obvious to me that the Steelers would warrant entry into the conversation. Put simply, do you think that, in retrospect, Pittsburgh will have fielded the best starting tandem of wide receivers in the NFL during the 2017 season?

Obviously, we are in all likelihood here talking about Antonio Brown, who has become a perennial All-Pro, and Martavis Bryant, who is returning from a year away due to suspension and has come in stronger and more committed to the game than at any other point in his life.

That is all well and good, but it doesn’t automatically make them the best duo in the league. There are many other teams to consider, including the Falcons, the Packers, the Giants, the Texans, the Bengals, and perhaps even the Raiders, the Buccaneers, and the Patriots. Feel free to chime in with anybody you feel I have left out.

Atlanta would obviously make a strong case with Julio Jones, who it would be more than fair to argue is the best wide receiver in the game when he stays healthy. Mohammed Sanu as a number two is no slouch either.

The Giants, with Odell Beckham, Jr. atop the list, have bolstered the options around him with Brandon Marshall being brought in, but second-year Sterling Shepard, coming off a strong rookie season, might end up the number two as well.

New England just brought in Brandin Cooks, and Julian Edelman is already in place. With Tampa Bay adding Desean Jackson to Mike Evans, you have yet another entry.

Quite frankly, I can continue to rattle off the names of excellent pairs of wide receivers throughout the league, an exercise that merely emphasizes the amount of talent that exists there today. But the ultimate question is, does the Steelers’ pair stack up with and exceed everyone else’s best?