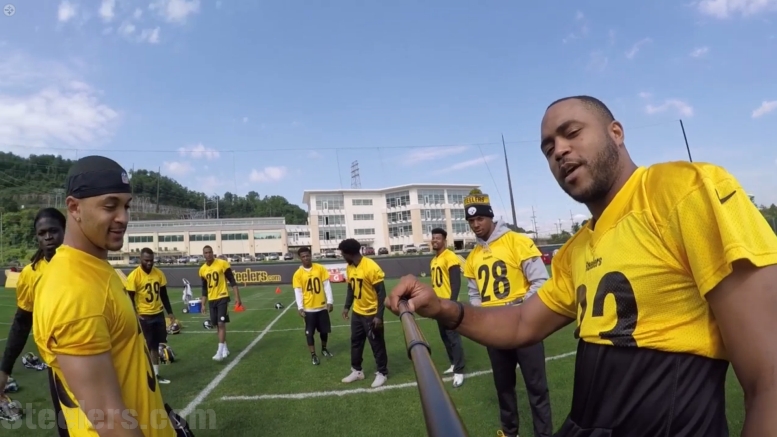 Question: If the Steelers choose to keep five safeties, how likely are they to still carry six cornerbacks?

The Steelers have in recent years seemingly seen fit to frequently carry five safeties into the regular season, or, failing that, to add another one at some point, which is a pattern that just off the top of my head has gone on for at least the past four seasons.

It seemed as though that was likely to change this year after the team failed to address the position in free agency or the draft, all the while choosing not to re-sign Shamarko Thomas, but the odds of doing so shot up dramatically with the signing of Daimion Stafford, who has taken some reps in the dime defense with the first team late in OTAs.

Now, when the Steelers carry five safeties, they still tend to stick with the rule of thumb of carrying 10 total defensive backs, but this year, they have at least seven players legitimately competing to make the roster, and you might even include somebody like Mike Hilton into that discussion as well.

It has seemed in a way to be a foregone conclusion that the team would have no choice but to carry six at both cornerback and wide receiver simply due to the sheer talent that they have available at both positions, but when there are only 53 roster spots to go around, something has to give somewhere.

In terms of the cornerback position, I would say that there are currently three locks, those being Artie Burns, Ross Cockrell, and rookie third-round draft pick Cameron Sutton. William Gay is a near-lock, in my opinion, and they would certainly like to have Senquez Golson on the roster if healthy.

That is already five, and that is without discussing Coty Sensabaugh, the cornerback that they signed in free agency (and I assume you all know how rarely a free agent signing fails to make the roster) or the other rookie cornerback, Brian Allen, who is 6’3” with size but is raw.

That’s just hope that this remains a legitimate question come late August and is not a discussion that gets settled due to injury.