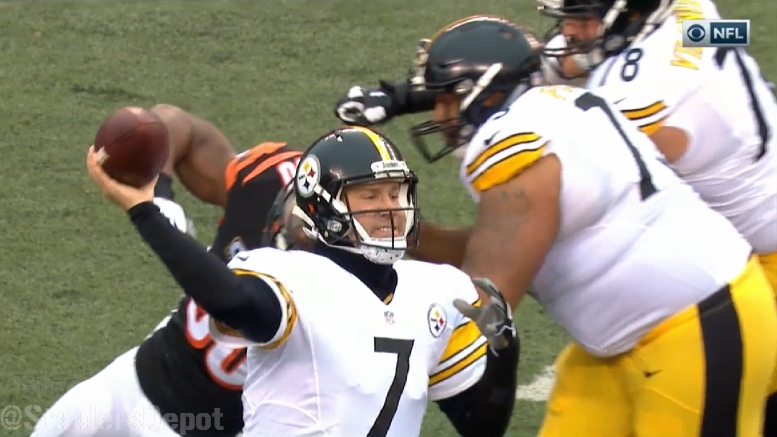 Question: Do you agree with Ben Roethlisberger’s ranking relative to other quarterbacks in the NFL’s Top 100 list?

The eighth installment of the 2017 edition of the NFL’s Top 100 list aired last night, and Steelers quarterback Ben Roethlisberger was featured at the 22nd spot, one higher than he was ranked a year ago. While we don’t know who the top 20 players are yet, though, it shouldn’t be too hard to determine how many quarterbacks will be in there.

Russell Wilson was ranked behind Roethlisberger this year, at 24th, while Matthew Stafford landed at 31. Cam Newton at 44, Marcus Mariota at 50, Andrew Luck at 51, Kirk Cousins at 70, Philip Rivers at 73, and Alex Smith at 81 complete the rest of the quarterbacks listed so far.

Yet to be listed are Tom Brady, Aaron Rodgers, Drew Brees, and Matt Ryan, for certain. The only other quarterback I could imagine also making the top 20 would be Derek Carr, who was player 100 last year, but I would be surprised if he is ahead of Wilson and the like, so more likely he is not listed this year.

I realize and understand the nature of these sorts of lists and how they don’t actually mean anything, just to get that out of the way, because it’s inevitably going to be mentioned a time or two below. But they at a bare minimum are able to draw out a conversation.

Roethlisberger in truth did not have his best season last year, as his interception numbers continue to tick north, for one, and his mind-boggling struggles on the road are yet to be resolved, but he is still undoubtedly one of the best quarterbacks in the league. Is he ranked accurately relative to the other quarterbacks on this list, and yet to be named?

From my perspective, I have no problem based on last season with him being ranked behind Brady, Rodgers, Brees, and Ryan. Personally, I might put Wilson ahead of him, but he had a down year as well. The Seattle quarterback also has a far worse offensive line.