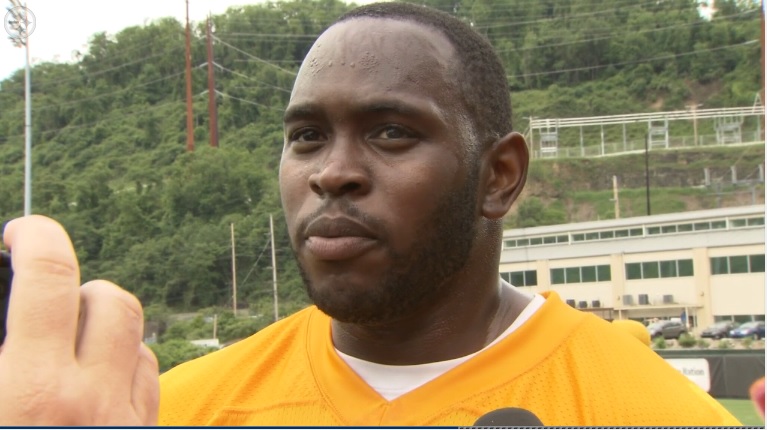 It was clearly tough to see a player like Lawrence Timmons leave the organization. No one might have been more upset about it than Vince Williams, the man who is replacing him.

Speaking with reporters after practice via Steelers.com, Williams praised Timmons for all he did for the franchise.

“Because of Timmons’ quiet demeanor, I don’t think he gets enough credit for being the leader he actually was. Just a guy who is the definition of consistency, that’s really what he is.”

He also praised Timmons for his reliability, noting he never missed a practice and rarely a game. He started the final 111 of 112 games in his Steelers’ career.

The ever-honest Williams admitted it was “more than likely” he’ll be tasked to replace him but said it was a “huge role to fill” and acknowledged the high pressure of trying to fill those shoes.

Pittsburgh didn’t make much noise in free agency to address the position. Didn’t draft one nor sign one in free agency, though there was a flirtation with Dont’a Hightower. Hightower ultimately re-upped with the New England Patriots.

Williams said he saw the reports but only focused on himself and what he could do to get better.

“No matter what happens, you have to put your hand in the pile and contribute. No matter what position you play, no matter what your role is. You can’t like it shake you or faze you.”

The team passing up chances to add to the position signaled a sign of confidence, making it the first time in Williams’ career he’s ever felt like he’s had the full backing of the team.

“It just shows the organization has a lot of confidence in me. It’s the first time I’ve ever felt that way.”

Williams is expected to be the starting Buck linebacker next to Ryan Shazier. It’s unclear, though rather unlikely, he keeps up his compliment of special teams snaps. Last season, which included four starts, Williams had 40 tackles and a pair of sacks.